Khaled  recently released an inspirational song called I am the one. He also shared a video explaining the inspiration behind the song which features Justin Bieber, Quavo, Chance The Rapper & Lil Wayne.  According to him:”I am the one is just a statement and that is how I feel . If you don’t wake up in the morning and tell yourself you are the one? Then what are you?”

Khaled was born on November 26, 1975, in New Orleans, Louisiana, to Palestinian parents who had immigrated to the United States. He has described himself as a devout Muslim.His parents were musicians and played Arabic music. Khaled started developing an interest in rap and soul music at a young age and his parents supported his interest. He took up work in a local recording store which helped to lay foundations for his music career.

During his early career, Khaled built alliances with many young artists and helped champion them before they were major stars including Birdman, Lil Wayne, and Mavado. One of his first jobs was at the New Orleans record store Odyssey where he met both Birdman and Lil Wayne in 1993. After leaving Odyssey, he began DeeJaying in reggae sound-clashes, mixing dancehall and hip-hop. His first radio gig was on a pirate station. Soon after that, he started co-hosting with 2 Live Crew’s Luther Campbell on Campbell’s WEDR radio show The Luke Show in 1998. In 2003, he started hosting a weeknight

During his career, Khaled has used many monikers including Arab Attack (discontinued soon after September 11 attacks), Big Dog Pitbull, Terror Squadian (used during his time with the hip-hop group Terror Squad), Beat Novacane (a moniker under which he produces beats), The Don Dada, Mr. Miami etc.

Tags: DJ KhaledI AM THE ONE
ADVERTISEMENT 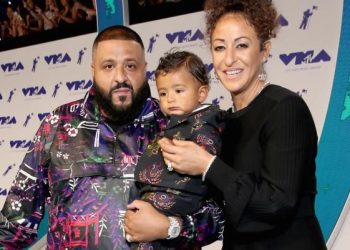 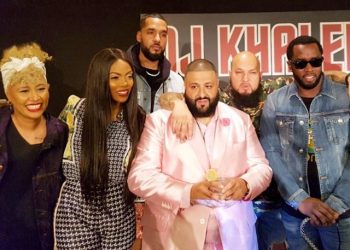 My vindication at end of CCT's trial calls for celebration - Saraki