by TheNewsGuru
in Entertainment, Movies
Reading Time: 2 mins read
A A
0 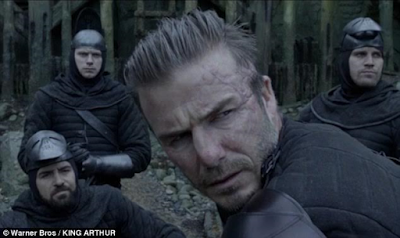 David Beckham has been successful on the pitch and even as a husband and father but it seems the success does not extend to his acting career that is if the reaction of his fans is anything to go by.

The 42-year-old father-of-four made his silver screen debut in the highly-awaited summer blockbuster, King Arthur.

The trailer for the movie was finally released on Tuesday and his fans were disappointed, to say the least. Social media went into frenzy after the trailer release, with more people commenting that his performance was poor. 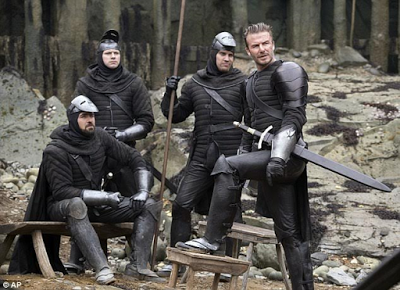 According to a user…

“This is the worst piece of acting I have had the misfortune to witness.”

“Pray for King Arthur! 14% on Rotten Tomatoes. David Beckham can’t even save the film. Guy Ritchie not made a good film since Snatch,” someone tweeted, and then added “I think David Beckham’s cameo in King Arthur has kind of put me off watching it.”

Another tweeted: “The only thing I took away from King Arthur is that David Beckham can’t act. And I think I already knew that.”

Well, what they saw was just the trailer and there’s a possibility the former footballer’s performance in the full movie will be impressive.

It will hit UK cinemas on May 19. In the movie, David played the part of a hardened battle guard Trigger. 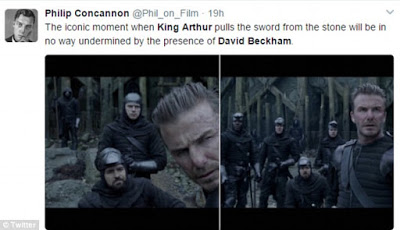 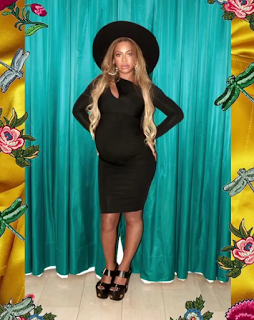