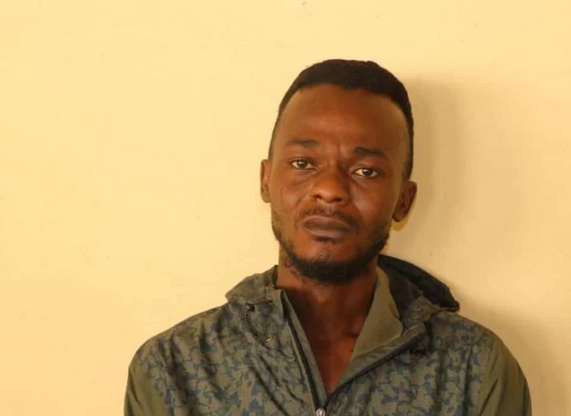 Josephine Adeh, the command’s representative, confirmed his arrest in a statement sent to newsmen on Friday.

According to the police, the suspect, who works with Rich stars entertainment production, created YouTube and Gmail accounts with which he allegedly defrauded members of the public of over one million naira.

It added that the incident was first reported at its Metro Area police command by a law firm identified as Trifold law and partner on November 4, 2021.

The police said its officers thereafter commenced an investigation which led to the arrest of the filmmaker.

“The film maker and editor who was reported to have created impersonating YouTube and Gmail accounts specifically for the purpose of defrauding unsuspecting members of the public to the tone of over one million naira, with the First bank account number:2033175106 had earlier been reported on the 4th November 2021 at the Metro Area Police Command by Trifold law…,” the statement read.

It said findings showed that there was no relationship between Daniels, Richstar entertainment production, and the Gmail account used for the “criminal act”.

Adeh said the police have commenced investigation into the matter. He also called on the public to beware of similar methods used by fraudsters to swindle people.

“It is therefore important to state at this juncture that there’s no relationship between the movie star and Richstar entertainment production, the Gmail account used in perpetrating these criminal acts is [email protected],” it added.

“Members of the public are therefore urged to take note and not fall victim of such snares as many other criminal ventures in similitude to this, might be in existence.”

‘I thought I will escape this’, Buhari reacts as ministers, aides surprise him with birthday cake in Turkey [Photos]