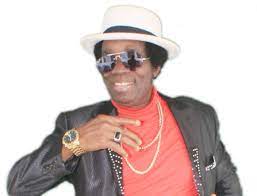 Legendary highlife musician, Sir Victor Uwaifo died on Saturday at the age of 80 in Benin.

The music icon whose song “Joromi” was evergreen till his death, was a multi-instrumentalist and a renowned virtual artist.

One of his children, Uwaifo Peter de Rock, broke the news of his death via his Facebook page, on Saturday evening.

“Daddy. Why Did you leave us now. Prof sir Victor UWAIFO has gone to rest. Black Saturday for me now”, the young Uwaifo wrote.

TheNewsGuru takes a look at 5 things you need to know about the self-proclaimed ‘Guitar boy’.

” … whereas you have been nominated and appointed as Member of the Order of the Niger to have and hold and enjoy the privileges of the Federal Republic of Nigeria of the said Order, MON.”

He was also a leading Professor at the Department of Fine and Applied Arts at the University of Benin, Benin City