by Kehinde Ajose
in Entertainment
48 3
0 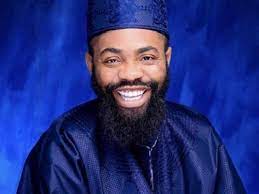 Comedian and actor, Woli Arole has recounted how he was detained in Lagos for violating the curfew put in place by the federal government due to an alleged flight delay by Air Peace.

In a series of tweets on Sunday night, the entertainer said Air Peace had delayed their flight from Abuja to Lagos for “hours without apology”.

Although Arole did not reveal the flight’s original time, he said their journey was postponed till 8:20 pm before they eventually took off.

The comedian said the development led to his arrest by police operatives in Lagos for breaching curfew put in place to contain the spread of the coronavirus pandemic.

“I am really angry. How will an airline delay you for hours. No apology, nothing!!!!. @flyairpeace una well done. I have heard about you and you’ve proven yourself well. Una dey delay well well,” he wrote on Instagram in a mixture of English and Pidgin.

In a follow-up post , Arole said he just arrived home since he got to Lagos the previous night.

I am just getting HOME, you know WHY Police detain me at the STATION because I broke CURFEW, you know why I broke CURFEW, @flyairpeace delayed my Flight of “Abuja to Lagos”. Imagine 8:20pm flight. Just incase you don’t see in this country again I have muveee!