Popular actor and model, Gbenro Ajibade has debunked claims that he married Osas Ighodaro, a Nigerian-American actress who doubles as his ex-wife, to acquire a US passport.

TheNewsGuru recalls that Ajibade publicly accused Osas of habitually neglecting their two-year-old daughter to party with friends. An accusation Osas didn’t react to.

Following speculations that their marriage may have hit the rock, there were conspiracy theories hinting that Ajibade dumped Ighodaro after getting  his US passport .

In a recent chat with Ebuka on Rubbin Minds, Ajibade denied ever marrying the film star to mooch a “blue passport” off her as an American citizen.

“People are entitled to their opinion. Those are the bullets I’ll always have to take. I wear those shoes, I know what it feels like. I’m trying to be that responsible man. Regardless, I’ll always be there for my daughter. Right now, I’m trying to focus on work,” he said.

“If it was about that, I won’t go through doling a traditional wedding, involving families, doing a white wedding in New York and all that. Do you know how much I spent? It was way away from that. That just popped up when we started having kids.”

Asked if he is still in talking terms with Osas, Ajibade said he’s still in good terms with his ex to provide “cool parenting for the child” and would even do a movie with her if that came up.

“We were married. It didn’t work out. We went our separate ways. We’re divorced. It happened while I was in Atlanta. There’s no need to always bring back old wounds. No hard feelings. Till tomorrow, she’s still the mother of my child. I still got respect for her,” he said. 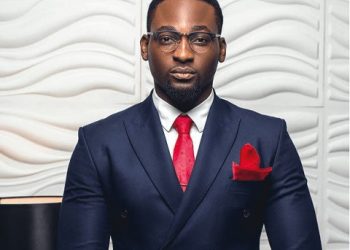