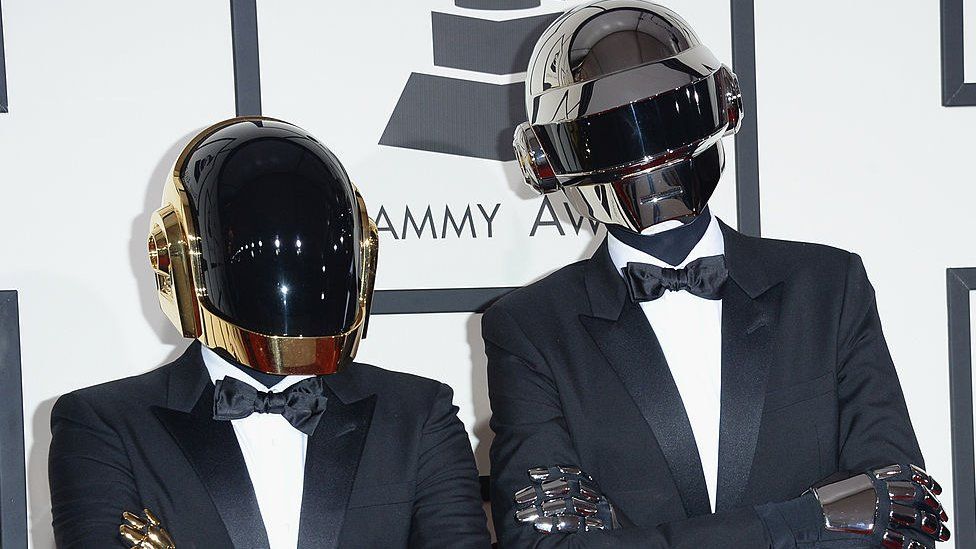 Daft Punk, popular French music duo, have announced they have parted ways after working together for more than 28 years.

The group, which consists of Thomas Bangalter and Guy-Manuel de Homem-Christo, broke the news in a less than eight-minute video on their YouTube channel on Monday.

In the video christened “Epilogue”, the singers could be seen dressed in their popular robot costumes walking together in the desert.

They, however, paused abruptly and thereafter bid each other farewell before one of them self-destructed.

TheNewsGuru recalls that the  pair met in 1987 while attending the Lycée Carnot secondary school in Paris and became friends.

They started their music partnership with Darlin, a guitar-based group, formed in 1992. But the group was disbanded not long after it was formed leading to the emergence of Daft Punk.

The duo rose to limelight in 1993 after the release of ‘Homework’, their debut album, which contained hit tracks including  ‘Da Funk’ and ‘Around The World.’

The pair also had collaborative projects with other music heavyweights including The Weeknd and Kanye West. In 2013, the duo released ‘Get Lucky’, their global hit single, featuring Pharrell Williams and Nile Rodgers.