by Kehinde Ajose
in Entertainment
63 3
0 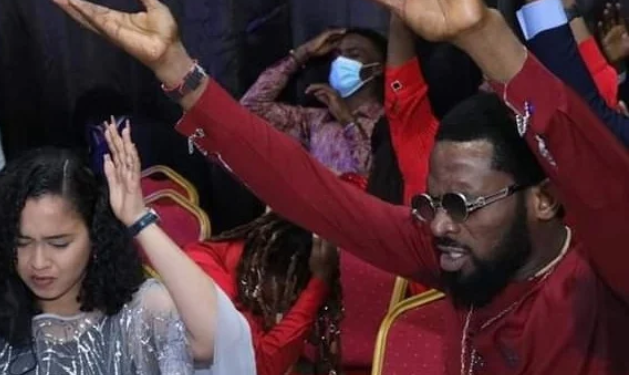 Nigerian pop star, Dapo Oyebanjo a.k.a D’banj has declared that he is born again.

The 40-year-old songwriter spoke during his appearance at ‘Bliss Experience’, a Christian event hosted by Moses Bliss, a popular gospel artiste.

TheNewsGuru recalls that in June 2018, Dbanj and Lineo Didi Kilgrow, his wife,  mourned the loss of Daniel Oyebanjo III, their one-year-old son. The toddler was reported at the time to have drowned in the pool in the singer’s home in Ikoyi, Lagos.

Recalling the sad incident, Dbanj said God has restored him by blessing him with not one but two children.

“What I was trying to say is that I’m actually born again. When I said Jesus is the koko, I meant it. If anybody knows my story, for every one of my album, I always give honour to whom honour is due,” he can be heard saying.

“I always know the source of where I stand. Three years ago, I lost my first son. But the Lord restored me. There are things you would say to people and they won’t relate because they believe you don’t know what they’re through.

“But God will put you through some journey so that you stand…[inaudible] Thank you so much. God bless you.”

In June 2020, after D’banj took to social media to “say no to rape,” Seyitan Babatayo, a Twitter user, accused him of raping her two years earlier. D’banj had however dismissed the claim as false.