I am not married to Aramide Adenle- K1 De Ultimate 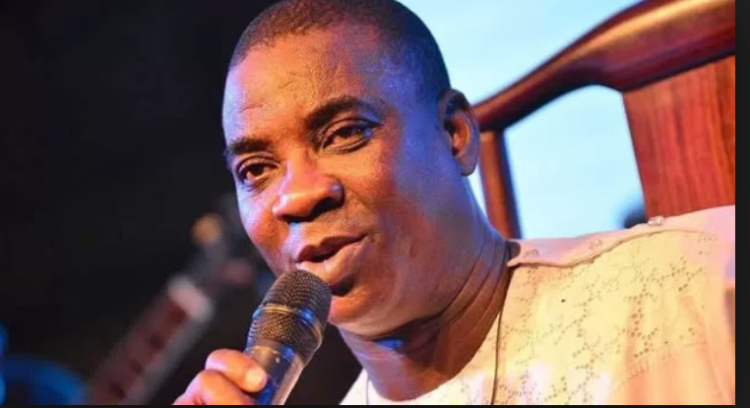 He also noted that he is not married to the socialite, contrary to what was widely reported in some online publications.

Speaking through his spokesperson, Kunle Rasheed, he  further discredited claims that he spent N15million to host a party for Adenle.

He said he couldn’t have been married to anybody without the knowledge of his family and friends.

According to KI: “Our attention has been drawn to a story making the rounds that King of Fuji music, K1 De Ultimate had married a new wife.

“The peddlers of this story also stated that he already has a daughter with the same woman and recently spent N15 million to host a party for her.

“For the avoidance of doubt, we wish to state that marriage is a holy rite ordained by God and a man of K1’s calibre and accomplishments cannot be one to enter into such union without the knowledge of his family and friends which indeed include top media practitioners.

“We find it repulsive that K1’s name could be dragged into one fictional marriage story without any attempt to confirm the veracity or otherwise of such story.

“We wish to inform friends, family, fans and the general public that indeed K1 performed at the mentioned ceremony because he was contracted to play at the Ibadan party.

“How that translated into his marriage ceremony is one that we are yet to understand.

“All K1 did at the event was to deliver a 100 percent A-class performance the K1 brand is known for and nothing more.

“Indeed, the universal standard practice in journalism demands proper and adequate confirmation of stories before rushing to press.”