Why I can date Abimbola Craig- Ayoola Ayolola

by Kehinde Ajose
in Entertainment, Trending
162
SHARES
1.2k
VIEWS
Share on WhatsAppShare on FacebookShare on TwitterShare on LinkedInShare on TelegramSend as Email
ADVERTISEMENT

I have never been in love; I am not ashamed to say that- Abimbola Craig

One-time Project Fame West Africa winner and actor, Ayoola Ayolola is one entertainer who is gradually making his mark in the Nigerian entertainment scene.
Ayoola who was born in the Northern part of the country recently shared a few qualities he looks out for in a romantic partner.
“My ideal partner is one who fears God, who acts like they really fear God, someone who is hard working who is supportive and industrious. She should be a woman of her own before we meet. Someone who understands the kind of work I do and the kind of person  I am even as I understand her too”, he told Ndani TV.
Speaking further the talented singer revealed the craziest thing he has ever done for money.According to him, spending money with the hopes of making money back is the craziest thing he has ever done for money.
“The craziest thing I have ever done for money is spending money with the hopes of making money back. That is the story of every independent artiste in Nigeria”.
The ‘Yago’ crooner also hinted that he can date Abimbola Craig, his love interest in the web series ‘Skinny girl in transit’
“I can date Abimbola Craig, the chemistry I had with her was amazing”. 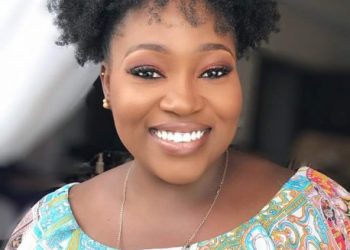 I have never been in love; I am not ashamed to say that- Abimbola Craig