Home » Entertainment » BBNaija: “I will get married to Bella after the show”- Sheggz informs Dotun

BBNaija: “I will get married to Bella after the show”- Sheggz informs Dotun 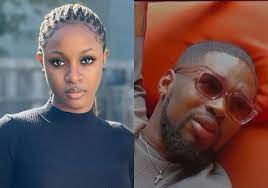 Big brother Naija, BBNaija, level up season 7 housemate, Sheggz, has revealed to another housemate, Dotun, his plan to marry his love interest, Bella, immediately after the show.

Sheggz made this revelation to Doyin during a conversation.

He also added that he wants to start with the preparation of her London passport as soon as possible.

However, Doyin advised him to take it easy and pressurize Bella into marriage. 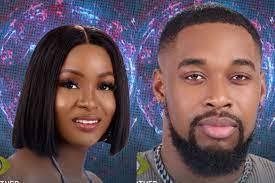 See the conversation below:
Sheggz : I wanna get married after the house!

Dotun : Don’t put pressure on it

TheNewsGuru.com earlier reported that Sheggz had revealed his intentions toward his female housemate, Bella.

She admitted that he would love to settle down with Bella for the rest of his life, saying she’s everything he wants in a woman.

Sheggz made this known during a conversation on Sunday.

The duo has been love birds since the second week of the ‘Level Up edition.

She said he’s found love and Bella is everything he wants in a woman adding that he will always be there for her.

It is not surprising that Sheggz has attracted the attention of viewers.

Many have sought his Instagram page and have expressed their love for him with thousands and thousands of comments pouring him.

Netizens think he is astoundingly handsome.

Sheggz’s real name is Segun Daniel Olusemo and he was born in 1995. He goes by the name Sheggz in the BBNaija house as it is a shortened form of his name.

Sheggz used to be a professional footballer playing for a club in England. And he has spent a considerable amount of time in the United States.

He sustained a injury and later got a role in Tola Odunsi’s “The Men’s Club” – A Red TV Series.