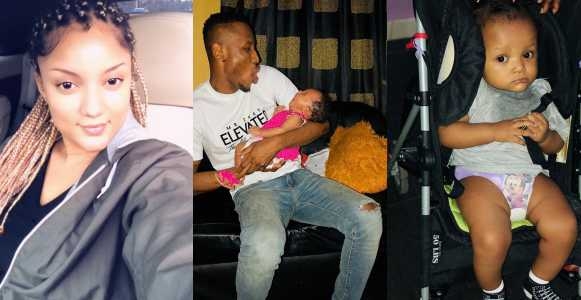 Following Gifty’s claims that Mr 2kay isn’t the father of her daughter, Alisha, the singer has stated that a DNA test would be a solution to the controversy.

Recall that the estranged lovers both took to their various social media pages to wish Alisha, a happy birthday earlier on Monday.

Amazingly, the outspoken Gifty took to her Instastories to deny Mr 2kay’s claims.

Davido: Focus on your poor child, Gifty fires back at Etinosa

In his reaction, Mr 2Kay insists that Gifty’s child belongs to him, adding that ‘DNA is too true to tell a lie’.

In the same vein in a chat with Punch, Mr 2kay noted that he cannot be forced to reveal the result of the DNA test.

“I am not saying anything about this issue again. You can call Gifty and listen to whatever she has to say.I’m not discussing anything more about that. I am an adult and nobody can force words out of my mouth.”

A source who once worked with Mr 2kay stated boldly that Mr 2kay is the true father of Alisha.

“Gifty is lying; Mr 2kay is the father of her child. The baby was born on December 17, 2017. I recall that we were in Port Harcourt then when she called to inform him that she had been delivered of the baby. Mr 2kay had been responsible for the upkeep of that child and I was even the one that used to deliver items such as baby food, diapers and clothes to her for the baby. On his last trip to the UK, he still bought some things for her”

‘I Go Save’ welcomes third child

‘I Go Save’ welcomes third child

I have other streams of income asides acting-Mercy Aigbe