by Bartholomew Madukwe
in Entertainment, News
Reading Time: 1 min read
556 17
A A
0 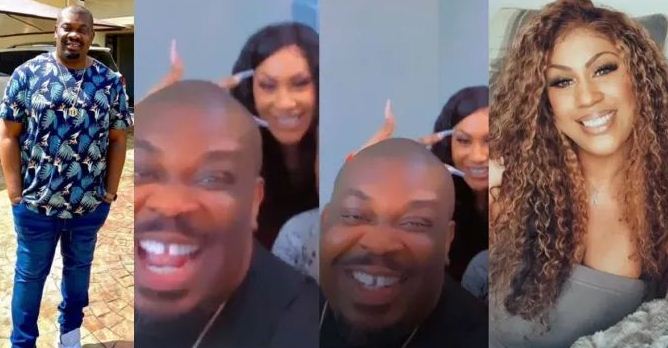 Music executive, Don Jazzy, has hanged out with his estranged wife, Michelle Jackson, in Lagos, much to the delight of fans and followers.

It can be recalled that in 2021, the Mavin boss caught everyone by surprise when he opened up about his personal life and revealed he was once a married man.

Kaffy explains why she quitted lovemaking with husband

Several of his fans, followers, and colleagues flocked to the comments to express their surprise.

According to Don Jazzy, he got married to his bestfriend, Michelle at 20years old and got divorced at 22 due to his addiction to music.

TheNewsGuru.com (TNG) gathered that in response to the revelation, online in-laws flocked to the pair’s comments, pleading with them to get back together.

Well, in a recent development, the UK-based model who recently arrived in Nigeria linked up with her former husband in Lagos, and they both shared moments from the linkup on their social media pages.

Recall that Don Jazzy’s estranged wife had recounted a frightening event that occurred on her first night in Lagos.