by Kehinde Ajose
in Entertainment, Trending
40 3
0
17
SHARES
429
VIEWS
Share on WhatsAppShare on FacebookShare on TwitterShare on LinkedInShare on TelegramSend as Email

Some residents of Lagos on Tuesday expressed mixed feelings as the 2019 edition of the Valentine’s Day would hold two days before the presidential and National Assembly’s elections across the country.

They told the News Agency of Nigeria (NAN) in Lagos in separate interviews that preparations for the elections would not let them enjoy the Valentine’s Day with their friends and families as expected.

They said that if the Valentine’s Day had come after the elections, it could have also helped in relieving tensions.

Some said that their lovers might not be able to bond due to the restriction that would be placed on movements of the public on the day of election for some hours.

They said that but for the elections, they would have loved to extend the Valentine Day’s celebrations to the weekend.

Mr Folarin Adeyemo, a banker, said that celebrating love while the nation would be preparing for general elections had come at a wrong time.

“I have postponed my celebration of Saint Valentine’s Day to the weekend since it falls on a working day that I will be at work.

“Unfortunately, the weekend I intend to celebrate the event with my family members has been scheduled for the presidential and national assembly’s elections.

“My plan is to make the weekend a memorable one for my wife since I will be at work on Thursday, but the election will likely hinder my plans.’’

A student at the University of Lagos (Unilag), Emeka Nwanze, said that he had planned to express his love on Valentine’s Day by communicating with his loved ones through the various social media platforms.

“ I am not planning to go out or take anyone out to celebrate Valentine’s Day because I am always careful about my movements during political periods.

“I will, preferably, make the day memorable and romantic by making phone-calls and communicating through the social media networks to my loved ones,’’ he said.

Another resident and an IT expert, Mr Segun Olonilua, said that the timing of the two events would not affect his celebration of love nor affect his voting on the Election Day.

“It is all about planning. Valentine’s Day did not fall on the Election Day, and I see no reason why I should complicate things for myself.

“The two days will not clash according to my plans,’’ he said.

A fashion designer, Miss Cynthia Ofeagbu, said that she would be waiting for her boyfriend to use election as an excuse not to celebrate Valentine’s Day with her.

She said that she would then quit the relationship.

“My boyfriend is yet to tell me our plans for Thursday and I am sure he is planning to surprise me.

“But if the surprise goes the other way round, there will be trouble.

“I regard  Valentine’s Day, also known as the lovers’ day, as a very special day  and I will not expect my man to give me  flimsy excuses not to celebrate love together,’’ she said.

Valentine’s Day or the Feast of Saint Valentine is usually celebrated yearly on Feb. 14. It began as a liturgical celebration of one of the early Christian saints named Valentinus.

During this celebration of love and affection, couples and lovers are expected to observe it by sending greeting cards and gifts to one another as well as attend church services. 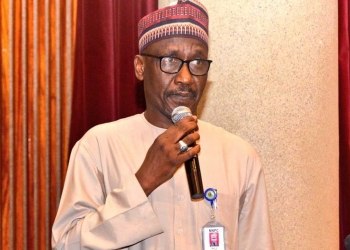 Coronavirus kills 15 Lagosians in one day

Russia moves to isolate itself from global internet