by Kehinde Ajose
in Entertainment, Trending
Reading Time: 1 min read
395 4
A A
0 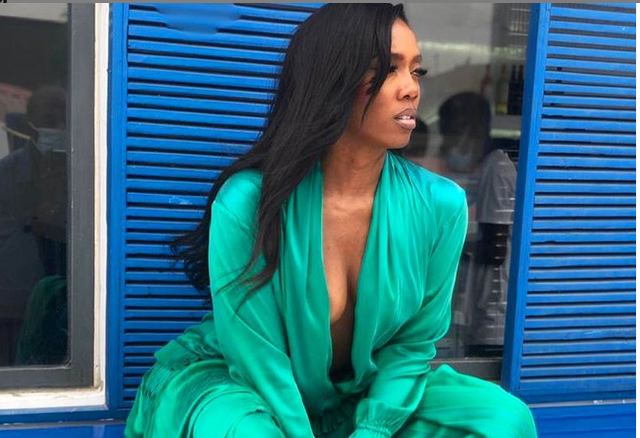 Embattled singer, Tiwa Savage stunned many when she attended CDQ’s listening party for his new album, Vibes and Lifestyle held on Friday 22nd of October 2021

At the party, Tiwa was seen with former Big Brother Naija Lockdown housemate, Dorathy Bachor, who shared the video on her Instagram story.

Two weeks ago, Tiwa Savage had revealed during an interview with American OAP, Angie Martinez of Power 105.1, that she was being blackmailed by an unknown person who threatened to release a sex tape that featured her and her current lover.

The Koroba singer revealed that the blackmailer demanded money from her so as not to release the sex tape but she has decided not to pay the money.

On Monday night, a sex tape leaked online. While the face of the man involved in it did not show, the lady in the video bears a close resemblance with Tiwa Savage.

Nigerians on social media have reacted to her attending the event.

@Ola_mi7:She’s actually not free yet.

@Wizkidgirlfriend:Why she come dress like she don become born again?