by Bartholomew Madukwe
in Entertainment, News
Reading Time: 2 mins read
540 23
A A
0 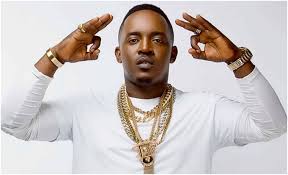 Hip-hop artist M.I Abaga has said his newly released single entitled “Daddy” was to celebrate women while appraising their beauty.

In his words: “Daddy is a song that’s here to celebrate our women and further appraise their beauty,” he said.

Portable embarks on first international tour, to perform in Birmingham, London and Manchester

“Daddy” is the lead single off M.I’s forthcoming project that promises to be more than exciting for his fans.”

In the new song, M.I Abaga features Chillz to create what has been dubbed an exciting masterpiece by critics after the song’s release.

He is the CEO of Chocolate City, a Nigerian rapper, a proficient record producer, songwriter, and instrumentalist.

M.I Abaga whose real names are Jude Abaga was born in Jos, Plateau State, on the 4th of October 1981 to Mr and Mrs Abaga.

He hails from the Jukum descent of Takum, Taraba State, Nigeria. He has two younger siblings – Jesse Jagz, who is also a hot cake in the Nigerian music industry, and Jason Abaga.

M.I speaks Hausa fluently because he was born and brought up in Jos.

M.I. Abaga attended Baptist High School, Jos. While he was in Secondary School, his parents noticed his passion for music so, his mother bought him basic music notations to learn more about music. After a while, she also bought him a 7-key mini piano, which he used for personal training.

He also attended Calvin College, Michigan, USA, where he studied Engineering for only a year before he moved on to major in Business and Economics.

EXCLUSIVE: Okowa has anointed Oborevwori as his successor - Aide