by Bartholomew Madukwe
in Entertainment, Politics
Reading Time: 2 mins read
A A
0 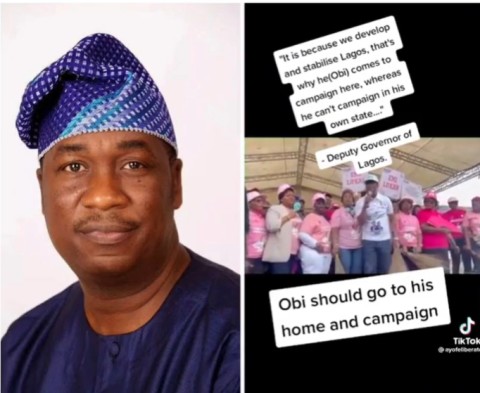 Popular Nigerian skit maker and comedian, Adebowale Adedayo, popularly known as Mr Macaroni, has reacted to the ethnic politics launched against some non-indigenes of Lagos state ahead of the 2023 general election.

In a tweet he shared, the comedian revealed that while his state of origin in Ogun state, he was born in Lagos and also lived all his life in the South-West state.

Mr Macaroni went on to ask those telling non-indigenes to leave or not to campaign in the state if they are originally from Lagos.

[Video]#EndSARS memorial: All we want is justice – Macaroni

He tweeted: “My state of Origin is Ogun. I was born and bred in Lagos. I have lived all my life in Lagos. Why are u suddenly asking me to go back to Ogun state? How many of you asking us to leave Lagos are even originally from Lagos? The election will come and go, But the people will remain!”

Using his satirical works and online presence, he is also known for his social justice advocacy. His skits satirize social issues to promote human rights and critique everyday social interactions.

During the 2020 #EndSARS protests in Nigeria, Mr Macaroni used his platform and presence at various protest venues to advocate against police brutality, even after becoming a victim as a result.

TheNewsGuru.com recalls that Lagos State Deputy Governor, Babafemi Hamzat, had asked the former Anambra State governor and presidential candidate of the Labour Party, Peter Obi, to go back to his state for his campaign.

In the video, he was heard saying that Obi is campaigning in Lagos after “they developed and stabilized” the South-West state.

He also claimed that the former Anambra state governor cannot campaign in Lagos. 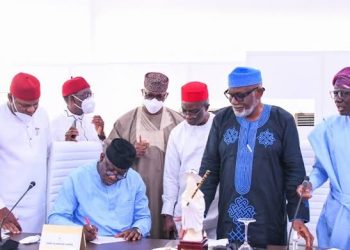 "I’m so grateful because my dad spoilt me to bits"- Davido’s sister, Sharon