Home » Entertainment » My energy is God given, I don’t do drugs- Sir Shina Peters

My energy is God given, I don’t do drugs- Sir Shina Peters 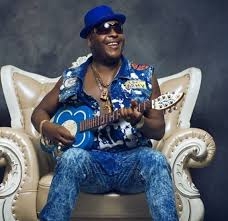 Revered Juju musician, Sir Shina Peters is no doubt one of the most successful artistes of his own generation.

Known for his energy, sense of style and stage craft, the ‘Shinamania’ crooner says his energy is God-given.

According to him: It is God. I don’t do drugs, the only thing I do is my exercise and prayer. I just get excited to entertain people. As a musician, I don’t believe in drugs. But when I hear the beat and I’m with my guitar I just want to make people happy. And when I see people happy, I’m motivated to do good music”, he told The Independent

Sharing on his recent music collaboration with DJ Cuppy, he said:”DJ Cuppy is my daughter. As you know, Cuppy’s father, Otedola is my very good friend. We’ve been friends for over 30 years. So, anything to push his daughter who is a musician, I’ll naturally do. Asides from that, she is very talented, hardworking, and is always willing to learn.

“Also, I have in the pipeline an intention to do an album with as many as 10 or 15 hip-hop artistes. In that album, I intend to do a track with each of the artistes. To me, music is not about generation, it’s about what would make people at home who listen to us happy. I look forward to doing a lot of hits with many of the new generation artistes”.