Nigerians react as Davido, Chioma begin following one another on Instagram

by Kehinde Ajose
in Entertainment, Trending
41 2
0
17
SHARES
425
VIEWS
Share on WhatsAppShare on FacebookShare on TwitterShare on LinkedInShare on TelegramSend as Email

Social media has been replete with reactions to Davido and Chioma unfollowing  one another on Instagram.  The lovebirds reportedly unfollowed one another after Golden Boy CEO, King Patrick alleged that Chioma was Peruzzi’s former girlfriend.

The recent development has led to speculation of an unconfirmed claim of ‘trouble in paradise” even though the couple welcomed a son together few months ago.

#Davido and #Chioma listen to the cries of all Nigerians, now following each other again after the initial scare

Reacting to the new development, Davido and Chioma quickly resorted to following each other back on Instagram.

This has sparked various reactions on social media.

Nollywood actor , Stan Nze wrote: “They have our attention now”.

Controversial blogger, Kemi Olunloyo said: “Davido and Chioma followed/unfollowed each other means nothing. Mind your own business. I’m keeping to myself in 2020”. 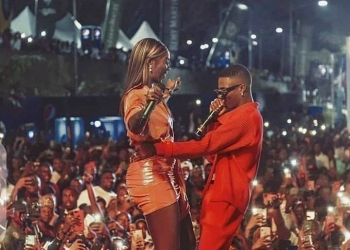 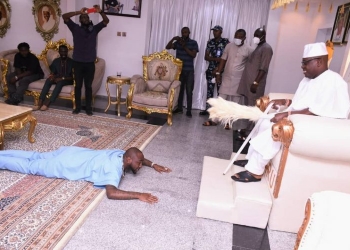