Femi Otedola’s wife, Nana and daughter Tolani Otedola on Friday escaped a fire incident at their apartment in London.

Both women escaped unhurt as fire fighters were called to douse the fire.

In a video making the rounds on social media, Tolani and Nana were seen walking on the streets of London after the incident. Tolani clarified that they were unharmed and showed appreciation  to people who showed concern . She however failed to discuss how the fire started.

Back in 2017, Omoni Oboli on her Instagram revealed that she escaped what could have been a fatal incident after a fire outbreak in her home.
Oboli’s air conditioning unit had caught fire, and it quickly spread to other parts of her room.
According to her: ”This God is too good! Magnify the Lord with me my people! Still shook but I’m constantly in awe of my King! God loves me. Nobody can tell me otherwise!” 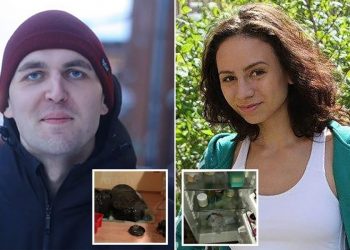