R.Kelly regains freedom after coming up with $100k bond

RnB singer, R. Kelly has regained his freedom as he was able to come up with $100k bond before getting bail.The music icon was able to get bail after it was revealed that he’ll have to pay off a 6-figure child support.

TMZ also reports that Kelly’s $100k bond 10% of his $1 million bail was finally posted Monday, February 25, 2019, after he appeared in court and entered a not guilty to plea to all 10 counts of aggravated sexual abuse.

According to reports, a small crowd gathered outside while the music icon walked away a free man, calling him names. Immediately after his bail, R.Kelly and his crew took a break immediately as they went on to have a quick lunch.

Less than 24 hours to his release it was reported that there was another sex tape involving the music icon and a teenager which according to a lawyer was worse than the previously released tape. 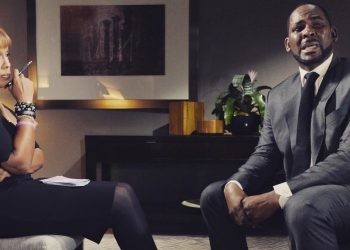