Home » Entertainment » Reekado Banks mourns over death of his mother

Reekado Banks mourns over death of his mother 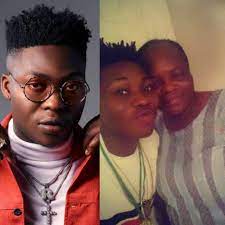 The post, accompanied by a flier, called on the public to keep the family of Solomon in prayers during “this difficult time”.

The flier also disclosed that Banks’ mother is survived by her husband and her children and grandchildren.

However, the circumstance that led to Dorcas’ death was not disclosed.

“It is with heavy heart that we announce the passing of our wife, mother, grandmother, sister, confidant and friend. Dorcas Olubunmi Solomon is survived by her husband, sisters, children and grandchildren,” the flier reads.

“We implore the general public to keep us in prayers at this difficult time. The Solomon Family.” 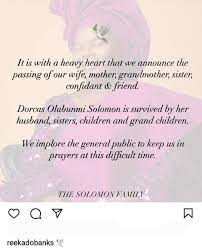 Dorcas is survived by her husband, children, and siblings.

A number of celebrities and fans have taken to the comment section of the post to offer their condolences.

The development comes a few weeks after Seyi Law, the comedian, lost his mum.

Reekado Banks signed with Mavin Records in 2014 and left the label in 2018.

He went by the stage name Spicy before his record deal with Mavin Records. 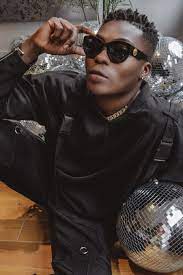 His debut studio album Spotlight was released on 1 September 2016; it debuted at number 10 on the Billboard World Albums chart

He is the last child of a music-loving family. His father is a pastor from Ondo State and his mother is a caterer and grew up in a disciplinarian setting due to both of his parents being pastors.

Reekado Banks completed his secondary school at the age of 14 and started recording his first set of songs in 2008.

His elder brother produced all of his earlier songs and tutored him on the rudiments of singing, writing and producing.

In 2014, Reekado Banks graduated from the University of Lagos with a degree in history and strategic study. 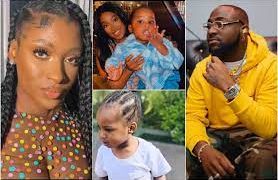