Revealed: How R. Kelly used bribes to marry Aaliyah when she was 15

RnB singer, R.Kelly has been indicted by a New York grand jury with one count of bribery.

The New York Times reports that the charge is related to obtaining a false ID so he could marry a 15-year-old singer.

It’s part of a superseding indictment filed Thursday by federal prosecutors in the Eastern District of New York, who accuse Kelly of bribing an Illinois government employee on or about August 30, 1994, to obtain “a fraudulent identification document for Jane Doe #1, an individual whose identity is known to the Grand Jury.”

The charge is related to Kelly’s relationship with Aaliyah Haughton, who was 15 years old in 1994 when Kelly reportedly married her.

Their marriage was later annulled,citing court documents. The R&B singer died in a plane crash in 2001 at 22.

Before the new report on the identity of Jane Doe, Kelly’s defense attorney, Steve Greenberg, called the indictment “ridiculous.”

“We’re going to review the indictment, which we just got this afternoon. It doesn’t look like it materially changes anything in the case,” Greenberg said Thursday. “We continue to work on this and look forward to the day Robert is free.”

Kelly was also charged in the Eastern District of New York in July in an indictment that accused him of violating the Mann Act by coercing and transporting women and girls across state lines to engage in illegal sexual activity as far back as 1999. 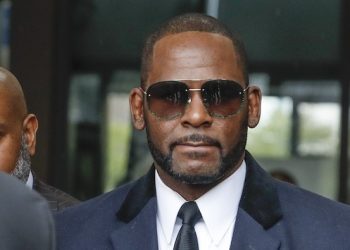