by Kehinde Ajose
in Entertainment, Trending
40 3
0
17
SHARES
428
VIEWS
Share on WhatsAppShare on FacebookShare on TwitterShare on LinkedInShare on TelegramSend as Email

Adekunle Ayoola also known as SoulSnatcha of the defunct gospel group, Rooftop MCs has announced the demise  of his wife, Adora. The talented rapper shared the sad news on his Instagram page .

According to him: “True saints don’t die. We multiply. It’s been 6 days since you have been gone, 6 days since my heart was forcefully ripped out. It’s still hard to breathe. People have been coming in large numbers and saying amazing stories of how you cared for them. I know they aren’t just being nice because I watched you balance your mountain of problems on your head so your hands can be free to help others with their rocks.

“We spent almost every hour of 8 years with each other, I leaned on you for almost everything cos you were the organised one, the more administrative one whole I just freestyle everything. Good thing you taught me how to cook your way. Good thing I had all those years experience caring for you and the little people. I’ll give my life for Seven Trinitee zion and Rain. You trust me, I know how particular you are about them,” he wrote.

In his tribute to her, Soulsnatcha promised his late wife that he and the kids left behind will be fine.

“There’s so much to say we’ll talk offline. I’m at peace because we had decided a while ago to live a life in service to God and to pour into the lives of others and you have lived every day trying to achieve that. I know He gives grace when the burden is greater He sends strength to the weak with more affliction He sends mercy and gives joy. So don’t worry about us. We will be OK and we will never forget you. Good night my Adora( Adore her) Aka my sister in the Lord,” he concluded.

In an interview, Soulsnatcha had revealed that he got married to his wife  four months after he met her. They got married in 2011.

On how he met his late wife, Soulsnatcha said:”The Rooftop MCs travelled for a series of shows in the UK, that’s where I met her (Abimbola). She came to have dinner with a couple of friends of mine at a restaurant. I quickly ended my meeting just to sit with her” 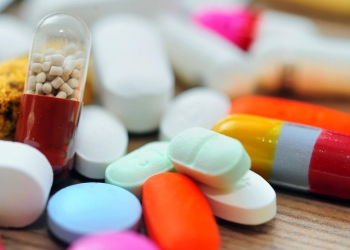