by TheNewsGuru
in Columnist, Entertainment, Music 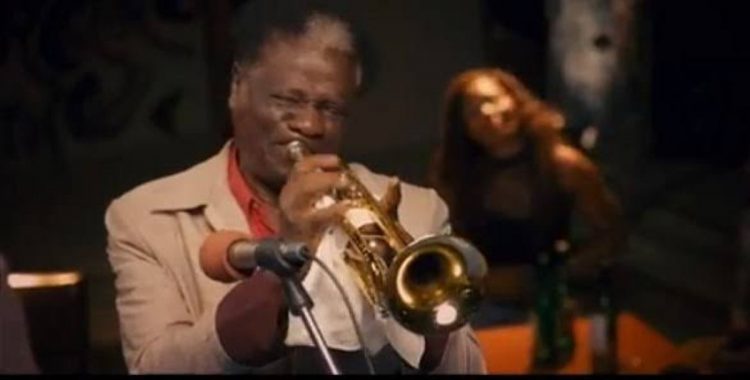 SIR Victor Abimbola Olaiya , 89, passed on 12 February 2020 in a Lagos hospital, creating a huge vacuum in highlife music, a genre he not only dominated, but held a long lasting influence on music to remain relevant, as other music on the wheels of digitalisation took music to spheres that few imaginations accommodated.

Lagos would claim Sir Olaiya – almost all parts of Nigeria would lay solid claims to the man whose music had a pan-Nigerian appeal with the same appeal seeping beyond Nigerian borders. He was a great man with a genial spirit that had no emphasis for origins or the importance that people place on them now.

A stay in Lagos without savouring highlife music at Stadium Hotel, where he played regularly, was incomplete. The space at Stadium Hotel, close to the National Stadium, though older than the national edifice, was so small that the audience was close to the legend as he sang, danced, and went on at the trumpet. It was impossible to take the eyes off him or have ears for another thing once he was on the stage.

Famous for his legendary trumpeting skills, his immaculate white attires, and a white handkerchief with which he shone the trumpet, as if petting it, Sir Olaiya was a delight to generations of Nigerian music lovers, some of whom followed his music wherever he performed.

I had the rare privilege one night 37 years ago, when Prince Funsho Adeolu, famously known in the rested Village Headmaster television series, as Chief Eleyinmi, told me “let’s go somewhere”. Adeolu used to be a high hurdler; I met him through sports reporting. He went on to be the Alaye Ode of Ode-Remo, he passed on in August 2008.

Nothing told me where the “somewhere” was. Once I knew where we were, I had no qualms in waiting as other musicians warmed up the stage for the arrival of Sir Olaiya. I was lost in the moment.

I cannot remember how long he played. I was not the only one asking him that he continued. We left in the early hours drunk in live highlife music from the source.

His coarse voice was honey to the ears of his admirers. How we waited for him to get off the trumpet to sing any of his popular tunes, which we would have been humming as he blasted the trumpet as if he wanted to end it that day.

Thereafter, anytime I passed near Stadium Hotel, I remembered that night of engagement with the man who was fluent in the major Nigerian languages and spoke them with a rare facility.

His fans maintained their relationship with the man by ensuring that their collections never lacked any of his releases. And they came in torrents throughout the decades that he performed, until with age, he cut down on the rigours of record making.

The 20th in a family of 24 children, his parents, Alfred Omolona Olaiya and Bathsheba Owolabi Motajo, came from Ijesha-Ishu in Ekiti State. He rich father had expected him to study Engineering when he gained admission to Howard University in the United States. He shunned Howard and chose a music career and stuck with it for the rest of his life. Music was his life and growing up later in Lagos exposed him to the earlier influences of the city’s bourgeoning social life.

Sir Olaiya played with the Sammy Akpabot Band, trumpeted for the Old Lagos City Orchestra and jammed with the Bobby Benson Jam Session Orchestra. Those were the bands of the day.

At 24, he owned the Cool Cats, and chose popular highlife music as his platform. Ghanaian performers influenced him. He was established enough to play at the state ball when British monarch Queen Elizabeth II visited Nigeria in 1956. He again played at the state balls for Nigeria’s independence in 1960 and in 1963 when Nigeria became a republic.

Sir Olaiya shared the stage with the American jazz musician Louis Armstrong. He had the honorary title Lieutenant-Colonel and performed for the Nigerian army during the Nigerian Civil War of 1967–70. The Cool Cats were also in the Congo to perform for United Nations troops.

Born in Calabar, on 1 December 1930, Sir Olaiya’s pan-Nigerian credentials went beyond Calabar. He played extensively in Onitsha from where he reached other parts of the East.

Musicians who played with Sir Olaiya before going solo to their own successes included Tony Allen and Fela Anikulapo-Kuti. Sir Olaiya had a joint album with the famous Ghanaian E. T. Mensah with his most recent work being the July 2013, music video remix of Baby Jowo (Baby Mi Da), one of his most popular tunes, with 2Face Idibia. It was widely received.

He must have faced some challenges through his long life, but none seemed to have hit him as hard as the passing of his famous actress daughter Moji, seven years ago.

Adieu Sir Victor Olaiya. You played the music to the end. Thanks very much for the memories of Lagos, when we could go “somewhere” and enjoyed music.