by Ediri Oyibo
in Entertainment
Reading Time: 3 mins read
A A
0 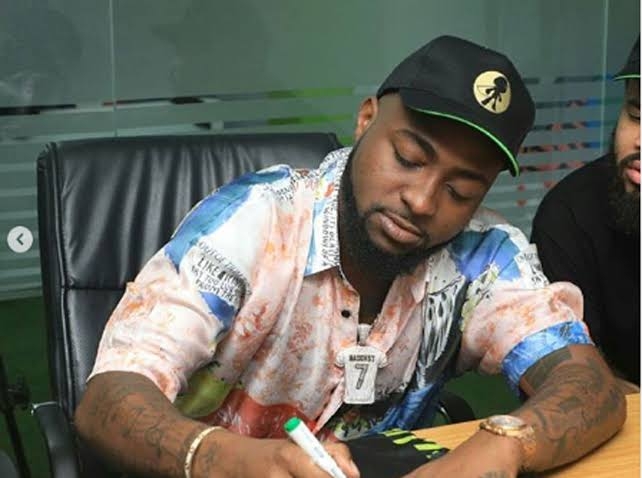 Nollywood actor, Uche Maduagwu, known as Red Bra Guy by many has lashed out on David Adedeji Adeleke, popularly known as Davido.

Davido and Chioma’s relationship has been a rollercoaster after they started dating in late 2017 and went exclusive the following year.

The music star proposed to Chefchi in 2019 days after their introduction. They welcomed their son, Ifeanyi the same year.

However, the relationship took a nosedive in February 2021 when Davido was spotted holding hands and locking lips with Mya Yafai, an Instagram model while on holiday in the Caribbean.

Since then, it has been a rollercoaster. Davido and Chioma are only spotted together on special occasions, one of those, being Ifeanyi’s birthday, where they struggled to keep a smile at each other.

Meanwhile, recently, Davido was seen rooting for Chioma, which Maduagwu sees as a ploy of Davido using his sister.

Chioma showed her followers how to make yummy skillet chocolate chip cookie and by extension captured the heart of Davido, who refers to her as the world’s greatest chef.

This did not go down well with Maduagwu, who accused Davido of using Chioma to promote his music career.

“So all these months you ignored this good woman for no reason on social media, all of a sudden when 02 Arena ticket no dey sell like Odogwu own you miraculously remember say she be world greatest chef on social media? Just to get Nigerians in UK to fill seat for your show or what exactly?

“This is just so wrong bro, I love your music but if you promise woman marriage and for no reason no fulfill that promise after introduction, engagement ring and belle, no dey take am promote or grow your music career then,” Maduagwu captioned a post he made via Instagram. 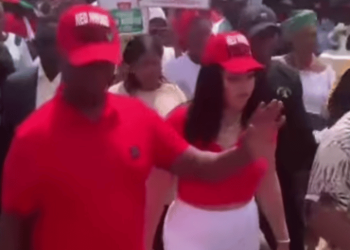