by Kehinde Ajose
in Entertainment
Reading Time: 3 mins read
A A
0 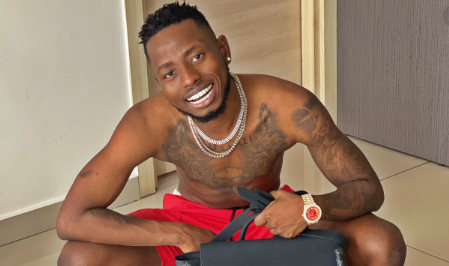 Popular showbiz socialite, Kashy Godson who was the CEO of Cash Nation, the label under which singer Barry Jhay operates, is dead.

The specifics of his passing are still vague but the news broke after Nigerians began to pay tributes on Sunday.

Among those who paid tributes to Kashy is Naira Marley, who took to his Twitter page to grieve his passing.

Although details of his demise still remains unknown, the record label boss was alleged to have died after plunging down from his apartment’s balcony.

Video footage of Singer Barry jhay after he allegedly fought with Kashy pic.twitter.com/UtWoEkW0Z7

Videos have also surfaced online, signifying that Barry Jhay had recently been involved in a fight.

Omo dis thing way Barry Jhay do i no fit believe am.
No be by cool song be behavior o

In the videos, Barry Jhay is seen bleeding from the lips.

It is not yet known if there is any connection between Jhay’s altercation and Gordon’s death.

Keep my name out of your sewage mouth-Erica condemns Samklef

Keep my name out of your sewage mouth-Erica condemns Samklef