Rayssa Teixeiro Melo has been praised online for slapping a Brazilian TV presenter who can’t keep his hands of her butt.After the model warned him not to touch her butt, he still touched it. The angry model slapped him and had bottles of sunblock poured on him on live TV.

Melo was standing awkwardly in a dental floss bikini and heels, while the presenter begin to slowly rub the cream on her thighs. He eventually went beyond his boundary sliding his hand around her right buttock. She initially warned him, but when he did it again, he got a hot slap.

On social media, one of her fans wrote: “Good on her. She was making sure she got respect.” 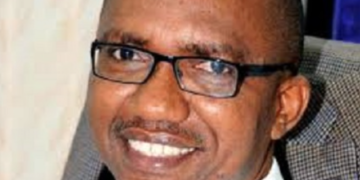