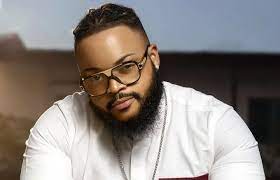 The 25-year-old hype girl, whose full name is Ijeoma Josephina Otabor, was announced winner of the Big Brother Naija Level Up edition during the finale on Sunday.

Celebrating her win on Twitter Whitemoney congratulated her saying, “Congratulations Phyna @unusualphyna this one na serious Levelling up. 100m no be your mate WHO DEYYYYYY!!!”

The “Who dey…?” hype girl will get N100 miilion worth of prizes as winner in addition to others she got during the show.

Another fan favourite Bryann finished as the first runner-up, while Bella emerged as the second runner-up.

TheNewsGuru.com reports that Phyna is short-tempered and can fight with a person one minute, then talk to them the next, like nothing happened. 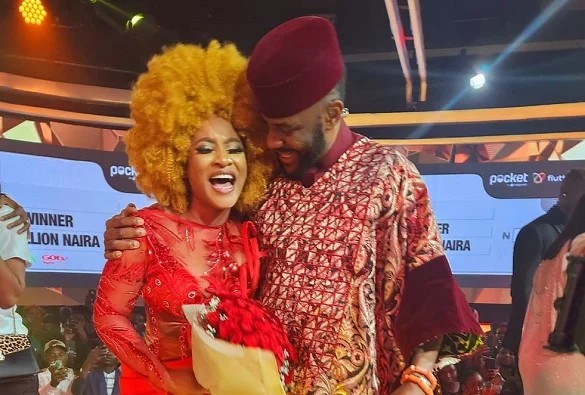 She is single and believes she is a born entertainer. “My view on relationships is: Na mumu dey fall in love”.

The BBNaija 7 winner considers herself jovial, and maintains she is allergic to gossip. “I don’t condone gossip, and a lot of people know I hate it. You can never gossip about someone to me,” she says.

One of her talents is repairing home appliances and she counts her graduation as one of the best moments of her life.

“I never thought I would be able to further my education in a higher institution of learning”, she said.

Phyna has set her sights on the Big Brother Naija House because of one simple reason; she wants to make a difference.

TheNewsGuru.com reports that the winner of the ‘Shine ya Eye’ edition of the BBNaija show (Whitemoney), had identified four housemates he likes in the ‘level up’ edition.

Whitemoney, in a tweet on his verified Twitter page, said he supports Phyna, Bryann, Hermes, and Bella to win the grand prize.

The chef said, ”Been watching #BBNaijaSeason7 for a while now, and in no order, these are the housemates I am stunning, Phyna, Bryann, Hermes and Bella.” 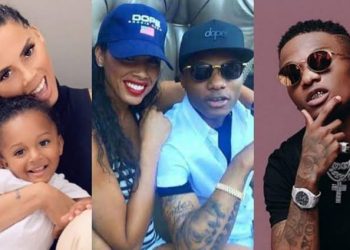