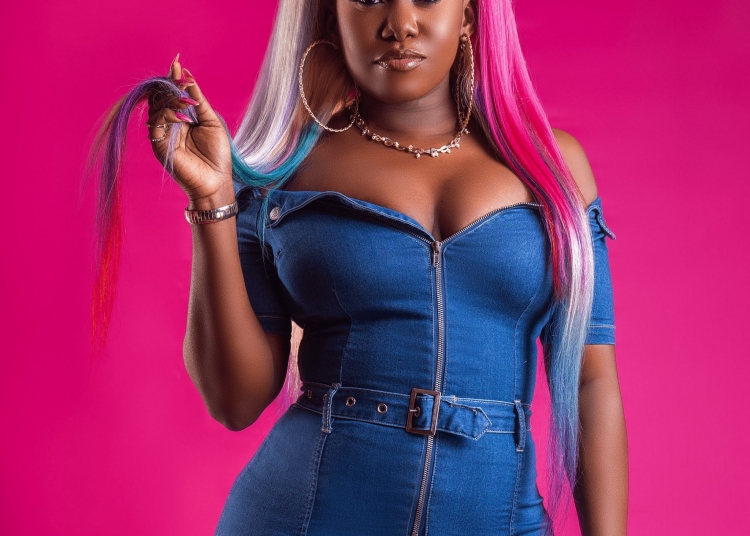 Crowned queen of house music by her fans, Niniola has over the years metamorphosed into a prolific singer and performer.

Nini who has a love for deploying X-rated lyrics in some of her songs said that, the kind of liberation she has makes her tread that part. The ‘Addicted’ singer said, she cannot leave it to me to talk about women’s body.

The award winning sexy songtress in an encounter with Showbiz writer, Joey Akan said:”It’s because of the liberation that I have. First of all, I am from a polygamous family and I’m Yoruba and there’s nothing like one person is more superior to the other. Everyone is equal. So that freedom to be who you want to be started from my family, my immediate family. And also, the fact that women talk a lot about so many things. And laugh about so many things, and I’m like you know what? I’m going to put it in my music. And then you want that shock value, that when people hear it, they’re like ‘ehn?’ Like I said earlier, it’s about the lyrics but not really. It’s about the melodies, how it hits you. So when I’m singing, you don’t get the lyrics first. You don’t. It’s the melody. So you can sing something, use the same lyrics or similar lyrics and it won’t hit home like mine, because I’m dropping it musically. Let me just say, the shine is more on the music than the lyrics. But then the lyrics come, and then you get that shock wave. So yeah, that’s the formula.

How will it be an issue? It cannot be an issue. It cannot be an issue because it’s life. Why should I leave it to men to talk about women’s bodies and interactions? Let me tell it from another angle. Because you have people talking about these things. Why is it not acceptable for women to talk this way when in reality, we talk this way? So it’s a way of ‘that guy is singing ‘my body, your body’. And I’m telling you ‘it’s my body, I’d do however I want to.’ And because it’s dance music, dance music has a formula. It has to be catchy and interesting. There has to be something catchy about it so, yeah. If you want to listen to gospel music, you go to church”.