Why no married man can win BBNaija- Kess reveals 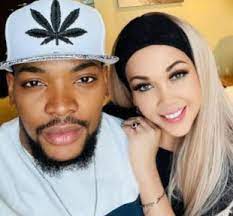 Evicted Big Brother Naija (BBNaija) housemate, Kess has revealed that a married man does not have a chance of emerging as a winner in the reality TV show.

The 7th BBNaija ex-housemate explained that being a married man affected his game in the house.

I thought my personality would be enough

Kess made this disclosure in an interview with the show co-host, Miz Vick.

“If I wasn’t married, it would have been crazy,” he said.

The 28-year-old ex-housemate had said he could not explore relationships during the show due to his marital status.

“I thought my personality would be enough. My situation was different because I’m married.

“I was not as free as everyone else, I couldn’t jump into relationships and beds like others. I wanted to explore a little bit more but that didn’t happen,” he stated.

TheNewsGuru.com reports that Kess, who hails from Delta State, had pushed Ilebaye away when she headed for his lips while they were on bed, saying ‘don’t kiss me…I’m married.”

Recall that Kess lost his son on the third day of the ‘level up’ edition.

A statement issued on his Instagram page on Thursday said his wife is in perfect condition.

”The past weeks have been most trying for the family of Adjepkovu. We are saddened by the loss of Kess’s son through a miscarriage but we are comforted by the well wishes and kind thoughts of friends around.

“Special regards to the wife for being strong and courageous through the whole experience,” the statement read.

Kess and Pharmsavi are the fourth and fifth housemates to leave the show respectively.

The show host, Ebuka Obi-Uchendu, made the announcement during the live show, which also featured an electrifying performance from Iyanya.

During the eviction live show, Ebuka also announced that Big Brother will merge the Level 1 and Level 2 housemates.