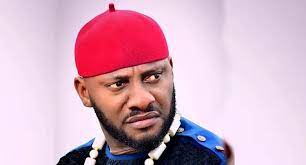 Nigerian actor, Yul Edochie has condemned the rate at which illiterate actors and actresses find their way into the Nigerian movie industry.

The actor wrote on Instagram that everyone now wants to be an actor or actress, even those who cannot speak English.

Meanwhile, Nigerian singer, Chioma ‘Omapitch’ Igbojekwe, has opened up about why her marriage ended instantaneously.

In an interesting chat with Actor, Yul Edochie, Omapitch disclosed that her marriage terminated 24 hours after they were married in Holy Matrimony.

Chioma Igbojekwe stated that her ex-hubby proposed to her precisely three years ago and she agreed, believing him to be “God sent” due to his position as a music director.

She alleged, however, that her ex-hubby informed her 24 hours after their wedding that it was ended.

According to her, she later realized he is gay and had been married to a guy in the United Kingdom for years.

Omapitch claimed that her ex shared her photograph to his purported gay lover for approval before marrying her.

Yul Edochie who has also been engulfed in a marriage controversy took to his official Facebook page and shared an excerpt from the interview.

The actor hails from Anambra state and the son of Nigerian prominent actor, Pete Edochie.

He attended the University of Port Harcourt, where he received a Bachelor of Arts in Dramatic Arts.

Yul Edochie Joined Nollywood in 2005 in his first film titled The Exquires alongside Justus Esiri and Enebeli Elebuwa.

He got his break in 2007 after featuring alongside Genevieve Nnaji and Desmond Elliot in the movie Wind Of Glory.

In 2015, Yul Edochie opened a film academy in Lagos.