by TheNewsGuru
in Features
Reading Time: 6 mins read
A A
0 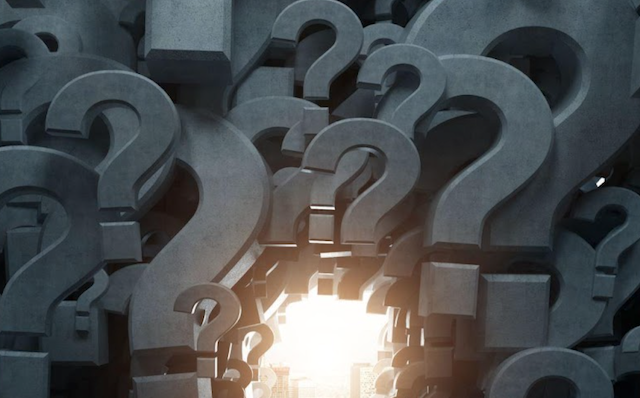 In the face of crisis, misfortune, and calamity, people sometimes quip, ‘life is not fair’. The implication is that ‘life’ is to blame for whatever may have happened or befallen a person in life. ‘Life’ in this sense, is personified. However, to conclude that life is unfair, has both philosophical and theological connotations. Life, no doubt, is a teacher, and humans have a lot to learn from life itself.

Not a Politics of Who You Know! – By Valentine Anaweokhai

For a man who has struggled hard in life and is not able to make ends meet, he blames life for his setbacks. A couple who has not been able to bear a child after some number of years, blames life for the delayed childlessness. A young lady who is yet to marry despite all efforts, including prayer and fasting, blames life for her setbacks. The list is endless, and the blame game goes on ad infinitum. My concern here really, is how people arrive at the conclusion that life is to blame or that life is not fair to some but fair to others.

How did we arrive at the conclusion that life discriminates and perhaps has favourites? There is, I suppose, a kind of fatalism behind such assumptions. That whatever struggles and efforts people make in life, what will be, will be. It implies that even when some people do not even make any frantic efforts in achieving set goals in life, debarring any circumstances, they must surely get there, while others, despite their labours and struggles, hardly make it in life. This kind of situation has often prompted the agelong question; ‘why do good people suffer?’ Or better still, ‘why do bad things happen to good people?’

This whole idea is captured in the 1981 book written by Harold Kushner, a Conservative rabbi, titled ‘When Bad Things Happen to Good People.’ Kushner dedicated his book to the memory of his son, Aaron, who died at the age of 14 in 1977 of progeria, an incurable genetic disease. Obviously bewildered by the trauma of his loss and grief, he queried why there is so much pain and suffering in a world created by a God who is Good and loves tenderly. Although, in his attempt to answer the philosophical problem of evil and seek to offer comfort to grieving people, he concluded that ‘God does his best and is with people in their suffering but is not fully able to prevent it.’ God is benevolent but not all-powerful to prevent evil.

As much as Kushner tried to unravel the problem of evil, based on his own personal experience, he however gives room for a more fundamental question that unsettles any curious mind; is God truly helpless and powerless in preventing evil? No one can deny the fact that before the very face of God, he watches and observes the afflictions, sufferings, injustices, and mindless killings His beloved, loyal and faithful children are daily subjected to, and yet he allows and permits them. As a merciful and forgiving father, he even waits patiently for those who perpetrate various abominable acts, injustices and evils against their fellow brothers and sisters, to come back to their senses, repent and ask for forgiveness like the prodigal son (Luke 15:11-32), Saul who later became Paul (Acts 9:1-9), and the thief by the side of his cross at calvary (Luke 23:42-43).

However, it is pertinent to note here that the merciful, compassionate, forgiving, and if you like, permissive nature of God does not reduce from His All Powerfulness and All Mightiness. Anything that God does and or permits, is borne out of love and goodness. Even the ‘bad things’ that God refuses to prevent from happening to good people does not still rob Him of his Goodness, tenderness and love. It also applies to the ‘good things’ that He allows to happen to the so called ‘bad people’. Even the sacred scriptures affirms that we are all God’s children, “for he makes his sun rise on the evil and on the good and sends rain on the righteous and on the unrighteous” (Matt. 5:45). And in another text, it says; “for the Lord disciplines those whom he loves and chastises every child whom he accepts” (Heb. 12:6).

On the flipside of the matter, another very intriguing question is, why do good things happen to bad people? To explore this question, in 2009, Martin Levinson authored a book titled ‘When Good Things Happen to Bad People.’ In the book, he offers what has been described as an ‘irreverent, fast-paced, fact-filled compendium of fifty case studies of notorious villains from Attila the Hun to Dick Cheney who triumphed in life despite, or because of, their dastardly deeds’. His query raises several concerns. For instance, could it be that some bad persons are simply going to get their share of good luck. Could it be that “the devil” is running the universe and he or she likes pleasing his or her favourites. Is God playing a joke on bad people by rewarding them on earth and then punishing them in an afterlife? Many questions, but unfortunately, few answers.

The question whether life is unfair will always arise whenever people feel hurt by life, whenever they feel unjustly and unfairly treated in life, whenever they begin to question their belief in the goodness, fairness, and tender-loving nature of God because of what they perceive to be the evil that has either befallen them or their loved ones, and when they feel that the wicked prosper and the good suffer. In such moments, it takes a person with a religious orientation and worldview to relate such experiences with the theological virtues of faith in God, hope in God and love of God. As St. Paul teaches; “Let us hold fast to the confession of our hope without wavering, for he who has promised is faithful” (Heb. 10:23).

Life has always and will always be fair. There is adequately enough for everyone in life to be comfortable and satisfied. There is enough to go round everyone in life. Even the story of the feeding of the five thousand by Jesus teaches us that simple fact of life (Matt. 14:13-21; Mk. 8:1-10). The heart of the problem lies mainly in the viciousness, callousness and villainy of human beings. While there are enough natural resources to provide decent housing, health care, quality education, adequate infrastructures, food, electricity, and other basic amenities of life for the benefit of everyone, only a few persons, due to greed and avarice, and for some political, religious, cultural, and economic reasons, (capitalism, communism, feudalism, and welfarism) allocate and grab everything for their selfish and personal ends. This always puts the life of many at risk and robs them of their innate dignity and inalienable right to quality, prosperous and healthy life.

For instance, how can one explain the unprecedented brain drain happening in Nigeria today? How come that our able-bodied workforce and teeming youths are fleeing the country to seek a more promising, fulfilling, homely and accommodating life overseas? How come that innocent university students have been at home for several months doing nothing and unable to study, while their mates, whose parents can afford it, are either attending expensive private universities, or even studying abroad? How else can one explain the many ills the average Nigerian is faced with today that leaves him/her helpless, forlorn, and hopeless? Who is to blame? Life or the people who created the systems that breed the kind of corruption, poverty, injustice, unfairness, and socio-cultural disparity that cause perennial and perpetual sufferings and under-development?

This applies to virtually every aspect of life. When what is meant to cater for all is hijacked and cornered by some, for whatever reasons, it leaves people dejected, deprived, and denied. When some people intentionally create and sustain structures, laws, policies, and systems that perpetuate them in power, and maintain imbalance in life, it throws many into confusion and disarray. It keeps many at the fringes of society. It creates a system of the oppressed versus the oppressors, the rich versus the poor, the celebrities versus the nobodies, and the slaves versus the Freeborns.

I dare to repeat it for the umpteenth time and without any fear of equivocation that Life is fair enough. But we do know that sometimes, the evil that people do, stays and lives with them. And when the consequences of their actions catch up with them, they end up blaming life for being unfair to them. As the saying goes, ‘God always forgives. Humans sometimes forgive. But nature never forgives. No wonder it is often said, nature abhors vacuum. Indeed, nature will always seek a legitimate way to collect its own pan of flesh back. Truly, no one can cheat nature. So, even when nature decides to restore what initially was damaged and distorted by some so-called intelligent and smart human elements, life could as well be accused of being unfair.

The far-reaching consequence of evil necessitated the redemption. The mission of redemption brought about atonement. And for atonement to be made, a sacrifice became unavoidable. Even the idea of a sacrificial lamb being led to the slaughter and laying on him the iniquity of us all (Isaiah 53:6-7), may appear unfair, but it was necessary for the singular purpose of atonement, reconciliation, healing and salvation of humanity. If God was fair enough to send his only begotten and innocent Son to die for all, then God is also fair enough to us when he allows both the bad and the good to happen to us.

Any blame aimed at life for being unfair, is invariably directed at God. Is God unfair in his dealings with humans? When certain things happen to us, good or bad, does it mean that God is partial, unfair, helpless and no longer Almighty? Is God not unfair if we say life is unfair? I argue here that in as much as God is fair; life is fair to everyone. The story of the conversion of Cornelius attests to the fact that God deals fairly with everyone and ‘shows no partiality’ (Acts 10:34). Even the story of the labourers in the vineyard also confirms the fairness and impartiality of God who chooses to do whatever He likes with what belongs to Him (Matt. 20:15). And whatever God chooses to do with us is always ultimately for our good and salvation. Life is really fair enough as much as God is fair to us. 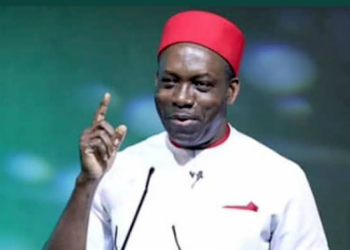 TNG Deal Breakers: Thou shall not labour in vain