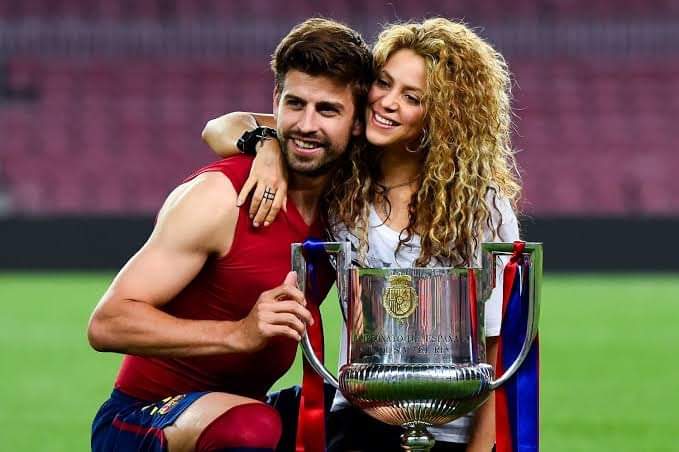 Popular Colombian pop singer, Shakira has rated her husband and FC Barcelona player, Gerard Pique as the best defender in the world.

“Gerard won’t let me say these things publicly. But only he with his heroism can play like this, overcoming any injury or pain and always giving his best.

“It’s not because he’s my husband, but he’s the best center back in the world,” a tweet made by Shakira in Spanish translates.

Aubameyang gave Barca the lead on 29 minutes as he headed Ousmane Dembele’s cross from the right past Thibaut Courtois.

In the 38th minute Ronald Araujo put Barca 2-0 up with a powerful header as well from a Dembele corner.

Just two minutes into the second half Ferran Torres made it 3-0 with an emphatic finish after Aubameyang teed him up with a clever back heel.

In 51 minutes Aubameyang got his second and Barca’s fourth thanks to a lovely chipped effort with his left off Torres’ assist.

The goal was initially flagged for offside but after consultation with VAR, it was awarded.

The win saw Barca move up to third on 54 points and 12 points behind leaders Madrid on the Spanish La Liga table.

Prior to Sunday’s game Madrid had won the last five meetings between them and Barca.

The last time Barca tasted victory against Madrid was 2nd March 2019, a 1-0 win at the Bernabeu.