Joao Moutinho fired Wolves to a first win at Old Trafford since 1980 as Ralf Rangnick’s unbeaten start to life as Manchester United’s interim manager came to an end.

The Red Devils finished 2021 with a much-needed home win against Burnley.

But the new year got off to a terrible start as their sloppy, disjointed display was punished by Bruno Lage’s impressive visitors.

Wolves had not played for 15 days due to coronavirus-related postponements.

But they showed few signs of rust at Old Trafford, where Mourinho struck late on to secure a deserved 1-0 win.

Wolverhampton Wanderers had failed to win in their last 10 league games at Manchester United and it looked like that run might continue.

This was after they failed to score in a one-sided first half in which they managed an eye-watering 15 shots.

Phil Jones, making his first appearance in 708 days, was one of the few to impress for Manchester United.

They belatedly showed flickers of life after Rangnick’s decision to take off lively attacker Mason Greenwood was booed.

Replacement Bruno Fernandes struck the bar and then sent over a free-kick which Cristiano Ronaldo directed home from an offside position.

But Romain Saiss also hit the woodwork from a free-kick and Wolves found a way through in the 82nd minute.

That was when Moutinho controlled a clearance and hit a low drive past David De Gea to send the travelling hordes into raptures.

There was a similarly impressive roar at the final whistle after goalkeeper Jose Sa superbly saved Fernandes stoppage-time free-kick to seal victory. 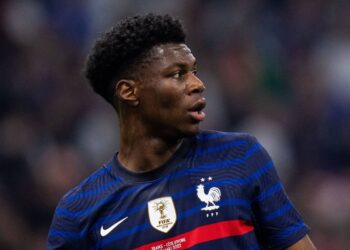