Senegalese  forward, Sadio Mane, completed the first part of his medicals in Bayern Munich on Tuesday.

Mane, who has been signing autographs wearing a Bayern Munich top for the first time, is now expected to check into a hotel to take photographs and sign a three-year contract with the Bundesliga champions.

Recall that Bayern Munich has already agreed to a £35m deal with Liverpool to sign the forward.

The Senegalese international joined Liverpool from Southampton in the summer of 2016.

Mane would be a replacement for wantaway Bayern striker Robert Lewandowski, who has been linked to a Barcelona transfer, or winger Serge Gnabry, who is stalling over a contract extension.

Liverpool will receive €32m up front for the forward, with a further €6m due when he meets a specified appearance clause and an additional €3m based on individual and team achievements.

Mane could make his debut for Bayern when they face RB Leipzig in the season-opener DFL Supercup on July 30. 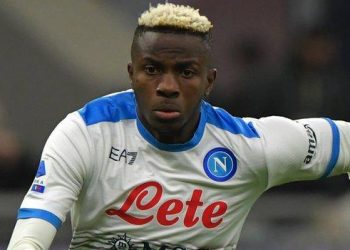