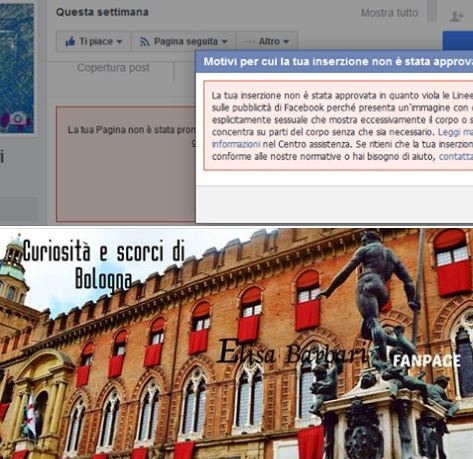 Facebook has come under fire for blocking a photograph of a bronze statue of Neptune in Italy.

Designed by Jean Boulogne, better known as Giambologna, the mid-sixteenth century fountain of Neptune stands in the Piazza del Nettuno in Bologna.

Facebook appeared to have taken offense at the disrobed Roman god, asking Italian writer Elisa Barbari to remove it from her Facebook page, “Stories, curiosities and views of Bologna,” where she shares historical facts and oddities about the city.

Barbari had tried to use a photo from her personal collection but upon upload faced what appeared to be an automatic prohibition, deeming the image “explicitly sexual”.

Undeterred, Barbari challenged the decision and received another emailed statement seen by CNN in which Facebook defended its initial ban, citing a violation of advertising guidelines. “The use of images or video of nude bodies or plunging necklines is not allowed, even if the use is for artistic or educational reasons”.

Barbari was floored by the social network’s decision to “censor” the Italian city’s beloved Renaissance treasure. “The statue is shown from behind, not even as a close up, it’s in the distance. It’s ridiculous,” Barbari tells CNN.

“At first I was angry. Then I was surprised, I couldn’t understand why they don’t want to clarify. It’s absurd.

“In the past, I have flagged inappropriate content to Facebook myself – fake news, violence on animals… Things that really need to be censured, not art. I don’t know what to think, it’s ridiculous.

“I am guessing this hasn’t landed on Zuckerberg’s desk yet. There is nothing vulgar in a work of art,” she added. 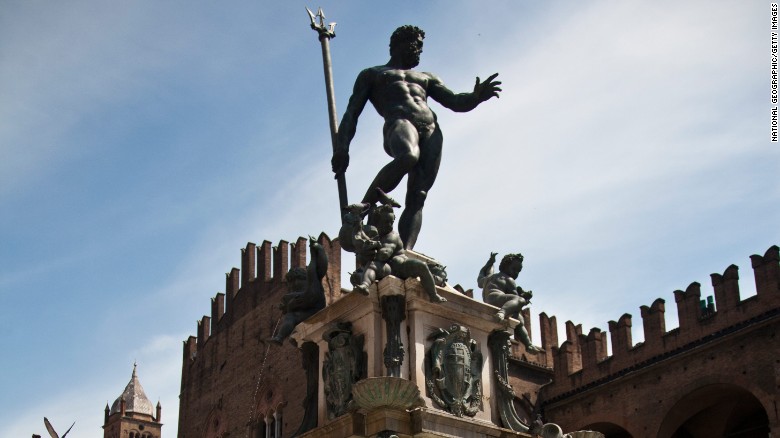 And while the conflict may not have gone that far internally, it appears the social network has had a change of heart.

In a statement sent to CNN, a spokesperson for Facebook wrote: “Our team processes millions of advertising images each week, and in some instances we incorrectly prohibit ads. This image does not violate our ad policies. We apologize for the error and have let the advertiser know we are approving their ad”.

Barbari said she has since received another email from Facebook but in relation to an account suspension rather than her challenged photograph. She had said that should Facebook u-turn on its decision then “it would be the happy ending”.

Facebook has previously faced criticism for appearing to arbitrarily “censor” inoffensive images on the platform.

Last September, the social media giant caused headlines after banning the iconic “Napalm girl” from the Vietnam War for a violation on images of naked children, but reversed its decision after public outcry over the image’s historical importance.

The network also faced a firestorm last May after the “trending topics” box was found to be manually curated rather than supported by algorithms.

We will commence payment of gratuities this week – Gov Dankwambo 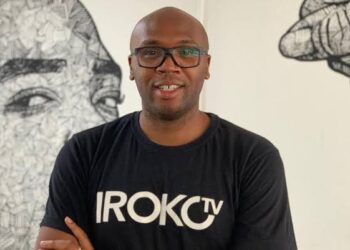 We will commence payment of gratuities this week – Gov Dankwambo