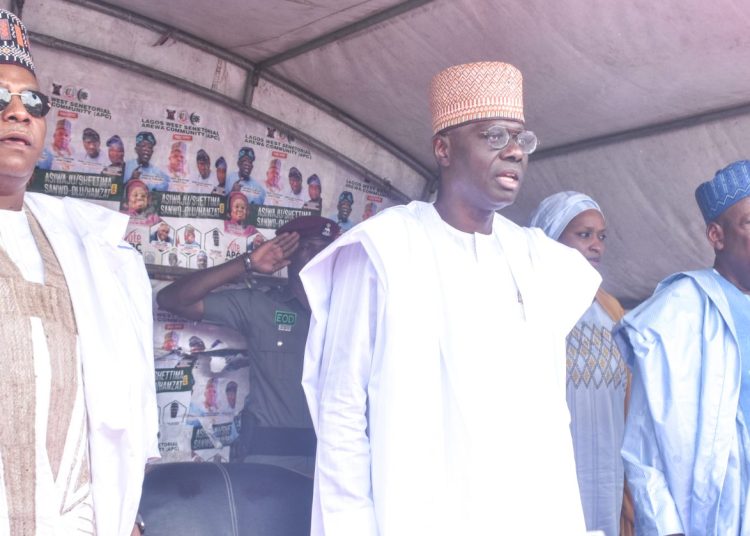 Vice Presidential candidate of the All Progressives Congress (APC), Kashim Shettima, says 2023 election is payback time by the north to Tinubu, for his past support to the region.

Shettima said this when he visited the Hausa community in Alaba-Rago, in Iba Local Council Development Area (LCDA), on Wednesday in Lagos.

He urged them to vote for the party’s presidential candidate, Sen. Bola Tinubu.

He said that Tinubu made President Muhamadu Buhari President in 2015 by giving him bloc votes from the South-West, a feat he repeated in 2019.

Shettima further said that Tinubu provided the platform for Atiku to contest presidential election when Atiku was chased out of PDP, same thing he did for Nuhu Ribadu.

”We are people of honour, we should honour our pledge and promise. This is payback time for the north to support Tinubu,” Shettima said.

Gov. Abdullah Ganduje of Lagos State said that as far as the north was concerned, ‘the issue of Tinubu is concluded’.

”Kano State wants votes from you for Tinubu. You have to promise us you will surpass Kano in your votes for Tinubu,” Ganduje said.

He said that Tinubu appointed non-Yoruba indigenes into government when he was governor, describing him as ‘a real nationalist’.

Gov. Babajide Sanwo-Olu of Lagos State urged the Hausa community ‘not to be deceived’ and to vote for APC in the presidential and governorship elections.

Sanwo-Olu said that the meeting with the community was part of the party’s political discussions with non-indigene groups residing in Lagos State.

He thanked the Hausa community for supporting the efforts of Lagos State Government, as government scaled up infrastructure and amenities in the LCDA.

The governor also thanked them for maintaining peace while co-existing with other residents of the state.

He said that the administration would be completing the Lagos-Badagry highway soon, as the stretch toward Okokomaiko, the final stage, which would be completed by the end of 2022.

Sanwo-Olu said that the General Hospital currently been built in Iba would be completed in the not too distant future, then government would move inside Ojo and take up the Kemberi-Afromedia Road.