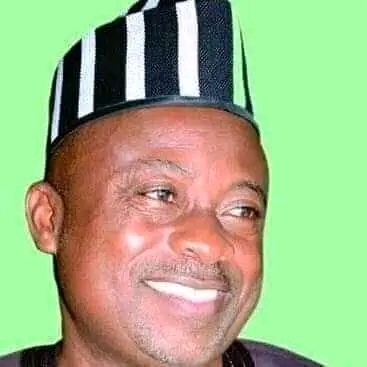 Former Chief of Staff to Benue State Governor, Hon Terwase Orbunde, has asked APC delegates in the forthcoming primaries to consider his political experience and give him opportunity to fly the party’s flag in next year’s election in the state.

He stated this in a statement by his by his Director of Media, Iorwuese Shija and made available to TheNewsGuru.com.

According to the statement, the former Chief of Staff also expressed readiness to participate in the forthcoming governorship primaries on the platform All Progressives Congress.

Orbunde, a member of Ortom kitchen cabinet, parted ways with his principal when the zoning arrangements of the Peoples Democratic Party in the state did not favour him, TheNewsGuru.com exclusively learnt.

He later decamped to the All Progressive Congress where he had joined the governorship race.

The statement partly reads, “The former Chief of Staff to the Governor stated that before the screening exercise, he fulfilled all conditions prescribed in the Constitution of the party, its state and national secretariats which granted him the necessary clearance and waiver respectively, for participation in the primaries.

“He expressed appreciation to the leaders of the party at the state and national levels as well as its officials at both levels for the warm reception they have accorded him and for giving him the opportunity to aspire for Benue State Governor on APC platform.

“Orbunde appealed to leaders of the party and delegates to consider his political experience which included serving as member of the House of Representatives, Adviser to the Senate President, State Party official, local government chairman, State ALGON chairman, and Chief of Staff to the Governor which he said had given him cognate experience for the job.

“He said he was bringing to the APC vast political experience as well as a massive support base across the state to bear on the positive fortunes of the party which can enable it to win the governorship and other elections in the state,” it concluded.