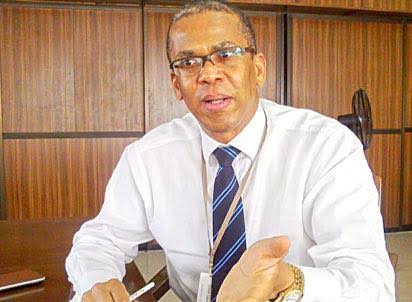 Movers and shakers of the All Progressives Congress (APC) Delta State, Olorogun Dr. Wilson Omene and Olorogun Engr Abraham Bobor have said that the people of Mosogar Kingdom will rally round and support APC Delta Central senatorial candidate, Okakuro Ede Dafinone because he represents light.

The two prominent APC leaders who stated this when members of the Ede Dafinone Campaign Organization (EDCO) paid a consultation visit to party leaders at Mosogar and Jesse, said that Mosogar has been in total darkness in the past 9 years even with their support to the PDP-led State Government in the past 20 years.

Olorogun Dr Wilson Omene, a former Chairman of Ethiope West local government area in his remarks at the visit disclosed that Mosogar has been without light in the past 9 years even with one of their sons as a prominent figure in the PDP-led state government.

According to him, “the PDP and its government in Delta State has shown crass incompetence, this is the 9th year, Mosogar has no light, and we have someone in government. How do you give such a person powers to go to the Senate.”

“The Delta Central senatorial election will be won overwhelmingly by you (Dafinoe), your father was one of the pillars that stabilized the Okpe Kingdom. We are going to get 100percent in Okpe kingdom, so Sapele, Okpe constituency is already secured. In Ughelli North and South you hardly hear of PDP there, so you are the candidate to beat,” Omene added.

Speaking also, Olorogun Engr Abraham Bobor the Unoho of Mosogar Kingdom and the former Commissioner for Housing said that the Deputy President of the Senate, Obarisi Ovie Omo-Agege has shown that there’s sincerity in government, hence they are supporting another man with integrity.

According to him, “DSP Omo-Agege has impacted positively on the Urhobo nation in the past 7 years, so we are not ready to lower the bar. When you came in I saw light in you, Mosogar needs light and we believe that with you and Omo-Agege our 9 years of darkness will be a thing of the past.

“When you get to the Senate, I want you to follow the steps of your father, he made the Urhobo Nation very proud. Some senator has gone but they brought darkness to Mosogar.

Okakuro Ede Dafinone also had a meeting with Hon Halims Agoda and APC leaders in Jesse, where he charged party members who are yet to get their PVCs to ensure they do so, noting one vote is very important in the coming elections in 2023.

Meanwhile, Dafinone was also at Oghara to represent the DSP Senator Ovie Omo-Agege at All Nation Institute of Marine and Technology’s first Matriculation ceremony where he applauded the proprietor of the institute for setting up a such great centre of learning in Delta Central.

Speaking on behalf of DSP Omo-Agege, he said; “Our DSP Omo-Agege loves education, hence he ensured that the law establishing FUPR was passed and assented to and also attracted Federal Polytechnic to Orogun.

“I bring greetings from our DSP Omo Agege, an educational institution like this is a plus for the development of our people. I am very impressed with the facility I saw today, I want to wish those matriculating today happy matriculation,” he stated.