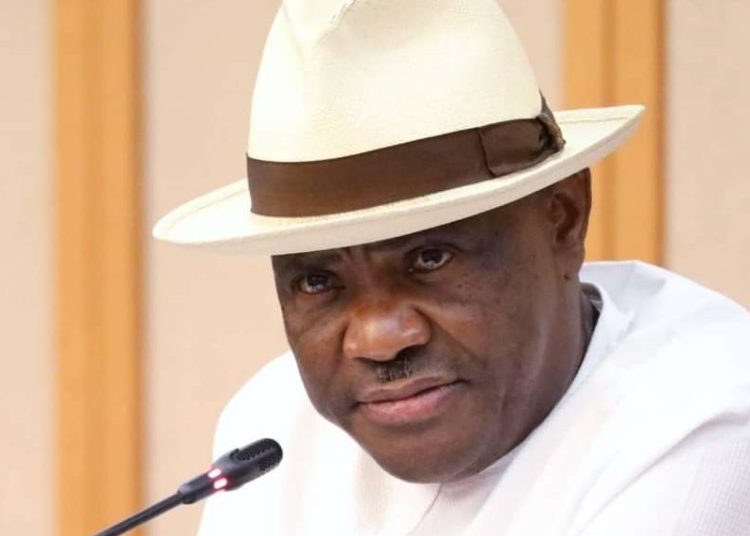 Rivers State Governor, Nyesom Wike, has said the state would not give the PDP free votes that would not guarantee them any rewards in the 2023 election.

He noted that votes from the state will be put where a concrete reward is guaranteed for such electoral support.

Governor Wike stated this during the inauguration of the Etche Campus of the Rivers State University in Abara.

The governor also said his life was in God’s hands, noting that anyone or group planning to eliminate him will die.

Wike said some of his close associates have expressed concerns over his safety, but that he has told them not to be bothered because God was on his side.

In his words, “At the appropriate time, we will decide on what to do. I want Rivers people to reflect on this because, since 1999, we have brought the highest votes to the Peoples Democratic Party.

“I challenge any state to say they have brought more votes for the PDP. Which state has given more support than Rivers State? Since 1999, show me one federal project in Rivers State. Is there any?

“So, if you want our votes, then tell me what you will give Rivers people. Our votes are not for dash anymore.”

“This government fought us but we survived it. Most of them who are talking now, if this Federal Government had descended on them, most of them would have crumbled.

“They were going to negotiate with Buhari in 2019 and that was how Buhari won the election. They came to me, and I said no negotiation, the PDP must win.

“Some people told me, ‘be careful, they will kill you.’ Kill who? Who told you you will not die first before you reach me? So, those of you panicking, you don’t need to panic.

“If you have God, what are you afraid of? They have chased us, they’ve fought us but today we are standing strong.’’

Governor noted that God has given him power, and resources as a governor to do what is appropriate and good for Rivers people and will not leave what he would do for God to do.

He revealed that some of his colleagues negotiated and sold their votes to the APC in the last election in 2019 and that oly Rivers State stood its ground and supported the opposition.