Home » News » 2023: PDP, AAC demand credible polls as CAN advises candidates on what to do

2023: PDP, AAC demand credible polls as CAN advises candidates on what to do

by Ediri Oyibo
in News, Politics
Reading Time: 6 mins read
A A
0 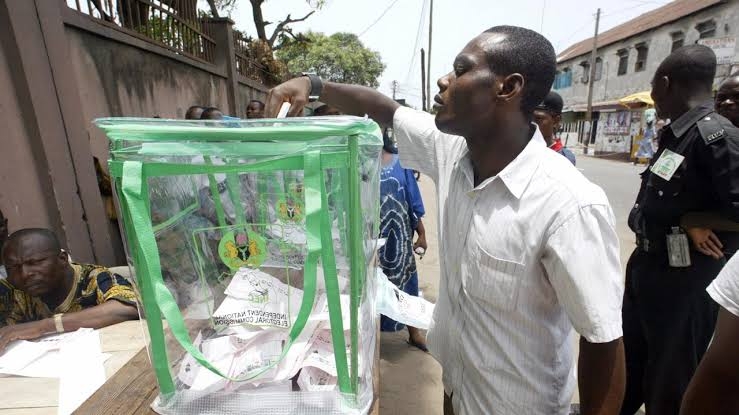 Both the Peoples Democratic Party (PDP) and the African Action Congress (AAC) have advised the Federal Government to take practical steps to guarantee the conduct of free, fair and transparent general elections in 2023.

This is even as the Christian Association of Nigeria (CAN) has advised all candidates of political parties seeking positions in the 2023 general elections to be sensitive to issues affecting the country and address them.

TheNewsGuru.com (TNG) reports that the PDP’s advice to the Federal Government was contained in a statement issued by its National Publicity Secretary, Mr Debo Ologunagba, to mark the 2022 Democracy Day.

Ologunagba said that more than ever before, Nigerians were now determined to fully entrench the democratic demands of credible elections, which is at the core of the Democracy Day celebration.

He said the party demanded that in 2023 security agencies and thugs should not be used to suppress voters, in addition to guaranteeing that only votes cast at the polling units were transmitted and declared

He said that June 12 also embodies the struggle by Nigerians against corrupt, suppressive and dictatorial forces; against lawless, insensitive, anti-people and terrorism, injustice, high-handedness, recklessness and incurable impunity.

He condemned all forms of acts against substance, value and quintessence of June 12 Democracy Day; the democratic principles of Constitutional Order, freedom, justice, fairness and equity as well as the much-desired national cohesion and tolerance which Chief MKO Abiola personified and died for.

Ologunagba said that the PDP cautioned against abuse of process, violation of human rights, nepotism, electoral manipulations, stifling of freedom of speech, promotion of violence; pattern of the dark era of military dictatorship in our country, which Chief MKO Abiola fought against.

He also urged Nigerians to use the occasion of the June 12 to reaffirm their determination in the 2023 general elections.

“Our party urges all leaders across the country to reflect on the essence of June 12 in all their activities so as to build a nation guided by the democratic principles of the Rule of Law, mutual respect and unity of purpose.”

“The PDP prays for the nation and wishes Nigerians a successful Democracy Day Celebration,” he said.

Meanwhile, Mr James Adeshina, the Governorship Candidate of the African Action Congress (AAC) in Lagos State, has appealed to President Muhammadu Buhari to ensure free, fair, credible and peaceful elections in 2023 as promised in the national broadcast.

Adeshina made this appeal in an interview on Sunday in Lagos while reacting to Buhari’s Democracy Day broadcast after Buhari in the broadcast assured Nigerians of his resolve to ensure free, fair and credible 2023 elections and peaceful transition.

Adeshina, who is the immediate past chairman of AAC in Lagos also urged the President to redouble efforts toward improving the nation’s security before the 2023 general elections.

“The President should keep to his promise of ensuring a free, fair and credible election along with INEC by providing the necessary security for the electorate before, during and after the elections.

“What we currently see around us shows that more needed to be done in the area of security if the President’s promised credible election is anything to write home about,” he said.

According to him, credibility of elections in a country with security challenge is largely dependent on building confidence in people of their security and safety when they go out to cast their votes.

“The most important factor now is security of voters, electoral officers and materials. So, if the President’s promise would be achieved, more have to be done in the area of security,” he said.

Adeshina, also a former Chairman of the Inter Party Advisory Council (IPAC), Lagos State, said that June 12 remains a special day to remember the pioneer and hero of democracy in Nigeria, the late Chief MKO Abiola.

He described Abiola as a nationalist leader that gave hope to an ordinary Nigerian of a better living “but unfortunately he was unable to lead us to the promised land.”

Adeshina said that there was the need for current political leaders to follow the path of Chief M.K.O Abiola “in ensuring that democracy stands and our people can benefits the dividends our democracy”.

“2023 is another opportunity for us to choose a leader with a golden heart like Chief M.K.O Abiola to lead us as Nigeria’s President.

“Let us go to various INEC offices at the local government and state levels to register for our PVCs.

“The only power a common man like us have to effect a good change is to massively exercise our right to vote during election,” Adeshina said.

Adeshina said that he would ensure massive employment through improved economy, free education for all and security of lives and property if elected the governor of Lagos State.

The Christian Association of Nigeria (CAN) has advised all candidates of political parties seeking positions in 2023 general elections to be sensitive to issues affecting the country and address them.

The CAN President, Rev. Samson Supo Ayokunle, gave the advice on Sunday at an Inter-Denominational Church Service to mark 2022 Democracy Day in Abuja, with the theme: “ More than Conquerors”.

Ayokunle was represented by the President of the Pentecostal Fellowship of Nigeria (PFN), Bishop Francis Wale Oke, who is also the President and Founder of The Sword of The Spirit Ministries International.

Ayokunle, in the sermon titled “Building a prosperous and united Nigeria”, with the Bible text taken from 2 Sam. 23:3, called on political leaders, particularly those contesting for 2023 elections to pay attention to the pains, concerns, apprehensions of citizens and address them.

He said that the country needed leaders who are sensitive to issues, making bold, fair and just decisions that bring in Nigeria together as one, united nation.

“The scripture says he that those that rule over men must be justice, ruling in the fair of God.

“We urge our politicians, those seeking to rule us come 2023 in the name of God Almighty, please see to it that in your plans, in your decisions, your utterances, your campaign, bring us together as one nation.

“You can rule if there is a nation. If there is no nation or the nation is at war, you cannot rule. Please in your plans, in your decisions, in your campaigns, in your utterances, close the fault lines and do not make them wider.

“This is the wise counsel of the church because we care for this nation, Nigeria.

Ayokunle said that leaders to be elected in 2023 must handle the issue of ethnicity and religion with wisdom and sensitivity.

“We want our leaders to take decisions that we promote a sense of belonging to bring all Nigerians together from the East, West, North, South, from every part to see Nigeria as their own. This needs to be handled.

“Religion has become a major issue in our national political life. And our politicians need to handle this in a very, very wise, bold and sensitive way.

“To bring Nigerians together, to let Nigerians know that irrespective of your faith, you can practice your faith without fear or molestation in any part of the nation Where you find yourself.

“This is a cry of the church and the leaders of the church are speaking out boldly, very clearly, so that we can handle this situation as it should be handled.”

Ayokunle therefore urged the candidates to look into issues of corruption, insecurity, increasing debt, brain drain in the health sector and challenges facing the education sector.

“Across the nation among the youths in the restlessness to cause trouble. This has to be addressed.

“The education system is in shambles. Public universities are been closed for months and this needs to be addressed decisively.

“Nigerians believe that we have enough money to make our universities a pride, not only to this nation but to the world as they used to be.

“The doctors that we spent so much money to educate and to raise are migrating in droves to other worlds and back at home quacks are filling the gaps and our people are paying very dearly. This too needs be addressed.”

Ayokunle also warned political parties against flying a Muslim-Muslim ticket for 2023 presidential election, saying it will do Nigeria no good.

He said that every part of Nigeria and religion has competent people with potential to rule the country.

He said that balancing the ticket from both divide of religion would help to reduce the tension in the country, give everybody a sense of belonging, promote peaceful and mutual coexistence without stress.

“While we congratulate the winners for the presidential primaries, we urge them to pay attention to this cry from the church. It is important.

“Please do not try a Muslim-Muslim ticket; is an invitation to chaos. It will not fly. It will set the nation against each other,” he said.

He, however, called on millions of Christians in every part of the nation to know that the candidates produced by all political parties belong to all, both Muslim and Christians.

“We don’t have any quarel with that, they are our brothers. We have been working together to build a united nation, but please do not alienate the church.

“If you choose to heed our call, the Nigerian electorate at the polls, the Nigeria populace will trust you with the presidency and we will build one, united and prosperous nation,” the CAN president said.

He, however, prayed for the peaceful coexistence of Nigerians, peace of the country and end to violence, insurgency and kidnapping in the country.

The second bible reading Romance 8:31- 39 was read by the Speaker of the House of Representatives of Nigeria, Femi Gbajabiamila, who was represented by the House of Rep. Deputy Chief Whip, Nkiruka Onyejeocha.

The first and second reeditions were taken by the Non-Denominational Christian Choir Association of Nigeria (NCCN) and ECWA Garki Church, Council Choir, respective.

NNPP celebrates people who sacrificed their lives to enthrone democracy