Home » News » 2023: South-East presidency is a right, not a favour – Afenifere leader

by Oghenekevwe Uchechukwu
in News, Top Story
Reading Time: 10 mins read
A A
0 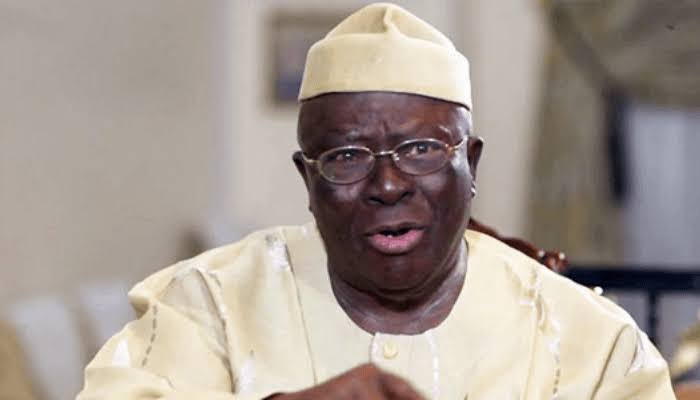 The leader of Afenifere, the socio-cultural group of the Yoruba people Chief Ayo Adebanjo, has stated that clamor for Nigeria next president to emerge from the Southeastern part of the country was not up for negotiation.

It would be recalled that weeks ago, a factional leader of the group Reuben Fasoranti, hosted the APC presidential candidate Bola Ahmed Tinubu at his house and offered prayers for him, which many interpreted as an endorsement.

But speaking on Monday in Lagos on the sidelines of a public lecture organized by the Ohnaneze Ndigbo socio-cultural group tagged: “Nationalism and Nation Building in Nigerian History”, Adebanjo stated that the principle of Afenifere is founded on ideological basis, on rightness, on inclusiveness not on any sentiments.

He accused the Northern Elder’s Forum (NEF) of insincerity and slammed them for creating an impression that nobody can become President of Nigeria, unless they are endorsed by the north, noting too that some individuals in the South have now accepted this position.

“What right has the north to dictate who will be our president? The case of the east is not a favour, it is their right. Each time I hear people say they should come and negotiate with the north because they have the population, what population? It is a fraudulent population. You can’t sell that to me.

“The APC (All Progressives Congress) that chose my countryman, haven’t they got Igbos in their party? Why did they neglect the Igbos among them who have been supporting them the most if they are fair and sincere; if it’s not lip service to the country.

On his part, the spokesman of the NEF Hakeem Baba-Ahmed, stressed that the north had not endorsed any candidate, and would keep an open mind in supporting a credible candidate for the 2023 presidential election taking place in February.

He however, expressed worry about the division among elites from the Southeast in supporting the ambition of the Labour Party’s presidential flag bearer Peter Obi and challenged leaders from the region to organize themselves if they must get the support of other regions.

“In the north, we have long given up the idea that the elites can play a role. We got our fingers burnt in 2015 and that’s why we are being very careful now. We are saying allow people to see the best of these candidates and let them choose. That’s why we created the joint Arewa forum,” the NEF spokesperson said.

However, Baba-Ahmed added: “We worry about the Southeast. From the little we see, we see a divided elite. We don’t know whether all of you are in support of Peter Obi, or whether some of you are not in support. You need to put your house in order because the nation can see and if you can’t line up behind someone, don’t expect somebody else somewhere to line up behind him.”

Earlier, former Nigerian Ambassador to Germany Professor Akintola Osuntokun, advised that for Nigeria to succeed, it must discover a collective and equitable solution to the way it decides it government and open the administration of the country to talents through a merit-based system.

He added that Nigeria was running out of time to find an appropriate constitutional architecture to administer its affairs and called to the leadership of the country to give consideration to the various demands for restructuring the country and “control events from above rather than leaving the people to demand by force of numbers from below”.

BY OGHENEKEVWE UCHECHUKWU
Reading Time: 3 mins read
A A 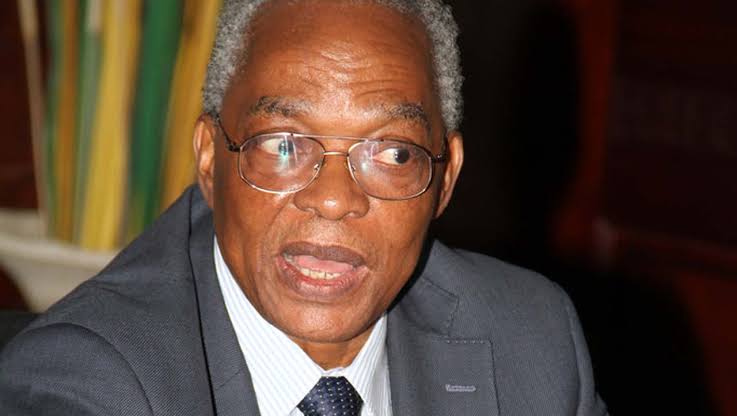 A former Nigerian Ambassador to Germany Professor Akintola Osuntokun, has advised that for Nigeria to succeed, it must discover a collective and equitable solution to the way it decides it government and open the administration of the country to talents through a merit-based system.

Osuntokun gave the advice on Monday in Lagos state, while delivering a public lecture on ‘Nationalism and Nation Building in Nigeria History’, organized by Ohnaneze Ndigbo, a socio-cultural organization in Nigeria.

“Since 1966, Nigeria has struggled to find a modus operandi of ruling a multinational state balancing regional desire for autonomy under an overarching national structure.

“As a former Ambassador of Nigeria, I am in favour of finding a solution to our constitutional and structural problems. As late President Nelson Mandela said until Nigeria is successful, no one will have respect for the black man,” he reiterated.

Taking his audience through the lanes of history, Osuntokun recalled that a former Nigeria military leader Ibrahim Babangida had set up a committee of Scholars from various universities in the North and South regions of the country, including himself, to design a formula for solving what was then called the “national question”.

The committee, he said, worked under the Ministry of Special Duties in the presidency to come up with a the recommendation of a collective presidency where if someone from one geo-political zone became president, the remaining five zones would produce five vice-presidents, each of them heading the Ministries of Finance, Defence, Interior, Foreign Affairs and Education.

Based on the committee’s recommendation, the presidency would be rotated every five years so that each zone will have the chance to head the country and no zone would be kept out of power.

“Political parties will contest for power on this basis and whoever wins must locate people representing all the six zones within their parties…some members of the PDP (Peoples’ Democratic Party) later claimed zoning was their contribution to political engineering in Nigeria. This is not true, ” the former envoy stated.

He added that Nigeria was running out of time to find an appropriate constitutional architecture to administer its affairs and called to the leadership of the country to give consideration to the various demands for restructuring the country and “control events from above rather than leaving the people to demand by force of numbers from below”.

In his opening remarks, the President of Ohanaeze Ndigbo and chief host of the event Ambassador George Obiozor, CON, noted that contrary to a popular statement by some members of the political class that the unity of Nigeria was non-negotiable, the unity of the country must be re-negotiated for it to stand the test of time.

“Our national unity must interfere seriously with our freedom and liberty or it will be interpreted as tyranny of the majority or minority, none of which is acceptable,” he added.