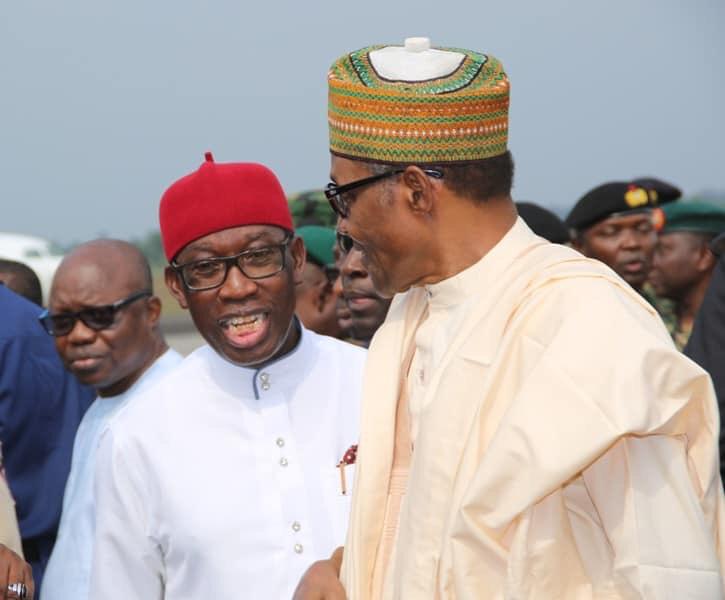 The Governor Ifeanyi Okowa led Delta State Government has officially written to the Federal Government to return the £4.2 million funds recovered from a former governor of the state, James Ibori to the state.

Okowa who appeared on a monitored Channels Television programme on Wednesday explained that since the money was recovered from an ex-governor of the state, it would only be just to return the funds back to the state.

“I have spoken with the attorney-general of the federation. My attorney-general went to have a meeting with him. I think that we are working and we are likely to come on the same page. We have written a formal letter of protest to Mr President,” the Governor said.

TheNewsGuru.com, TNG reports that the protest by the state is in reaction to the decision of the Federal Government to spend the funds on federal projects.

Nigeria and the UK had signed a memorandum of understanding on March 9 for the repatriation of the funds recovered from the ex-governor.

But the development became mired in controversy shortly after the MoU was signed when the Attorney-General of the Federation and Minister of Justice, Abubakar Malami, revealed the money will be spent by the Federal Government.

The projects it will be spent on, he said, were the construction of the second Niger Bridge, Abuja-Kano road, and Lagos-Ibadan Expressway.

Governor Okowa, however, expects the Federal Government to take a similar route as the UK Government by returning the money to the source it was pilfered from.

“In the same manner of the relationship created between the UK and Nigeria, we also expect that the Nigerian Government will do the same thing by being magnanimous to return the money back to the source, which is Delta State,” he said.

To guarantee that Deltans benefit from the repatriated loot, the governor said it had provided options to the Federal Government and made a compelling case for the state.

“We have made two suggestions; return the money directly to us or apply it directly to projects that we feel are of importance and are in Delta State so that Deltans can directly benefit from the repatriated funds and I don’t think anybody can fault that line (of thinking)”, he said.

The governor is not alone in his position.

A day after the news of the planned return of the loot broke, the House of Representatives passed a resolution calling on the Federal Government to ensure that it was returned to Delta State.

Lawmakers passed the resolution after their colleagues from the state moved a motion of urgent public importance.

As far as they were concerned, the funds were stolen from the state and should be returned to it.

“I do believe that with the approach that we have undertaken it is unlikely that they will refuse the request. It is a strong appeal,” he said.

The governor rubbished claims that if the money is returned to Delta State “it will develop wings”.

“I don’t see how the money will develop wings anyway,” he said. “That is why we have directly put down projects – three projects where this money can be applied directly to such a manner that it is something you can investigate.”