About 400 Nigerian offenders currently serving terms in the United Kingdom, UK, prison would be sent to Nigeria to continue their jail terms following an agreement signed by the two countries.

TheNewsGuru.com (TNG) reports that the new laws that came into effect this week empower the British government to deport Nigerian criminals up to a year before the end of their sentences.

The new laws are part of London’s ‘New Plan for Immigration Policy’.

Its first victims, 21 Nigerians and Ghanaians, were sent home on Thursday.

According to media reports, thirteen of the deported people are Nigerians who had no right to be in the country, and those with combined sentences of more than 64 years, for crimes such as rape and sexual offenses against children. 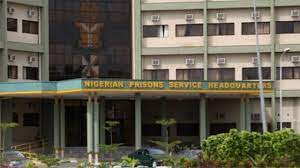 Irregular migrants, according to the UK authorities, include persons who entered the country without authorization, with false documents, and who have overstayed their visas.

Also categorized as illegal migrants are people who work or study on a tourist visa or non-immigrant visa waiver, enter into force or fraudulent marriages, or have their marriages terminated or annulled.

The agreement between Nigeria and Britain allows them to issue emergency travel certificates or temporary passports within five days in order to speed up removal of people with no right to be in the UK.

Patel said: “Our new landmark agreement with Nigeria will increase the deportation of dangerous foreign criminals to make our streets and country safer.

“The deal will mean that operational teams in both countries will share their expertise to take the fight to criminal people smugglers who are responsible for a wider range of criminality and put profit before people while undermining the security of our two countries.”

The deal is different to the recent one signed with Rwanda where migrants who enter the UK illegally are sent on a one-way ticket to Kigali where they can claim asylum.

The Rwanda deal, which will reportedly cost an initial £120 million, follows three years of promises by Patel to outsource asylum processing to third countries and failures to strike deals with Albania and Ghana.