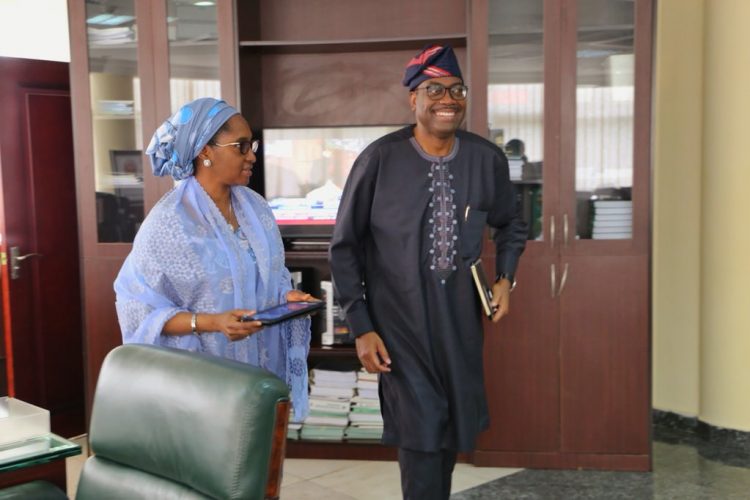 Nigeria’s Minister of Finance, Budget and National Planning, Zainab Ahmed has urged the board of the African Development Bank (AfDB) to ignore calls for an independent investigation of the bank’s president, Akinwumi Adesina by the United States.

Recall that the embattled president, Adesina was accused of favouritism but was subsequently absolved of the allegations by the bank’s ethics committee. However, the exoneration was rejected in an open letter by the US government, through the US treasury secretary. The US government disagreed with the conclusions of the ethics committee of the board of directors and the chairman of the board of governors of the bank.

However, Ahmed in a letter dated Thursday, May 28 and addressed to the Chairman, Board of Governors of the Bank, Hon. Mrs. Kabba said Adesina’s sterling first term performance is unprecedented in the history of the bank. She also said the AfDB board of governors must follow laid down processes to protect and preserve the bank.

“The call for an independent investigation of the president is outside of the laid down rules, procedures and governing system of the bank and its articles as it relates to the code of conduct on ethics for the president,” Ahmed said in her letter. 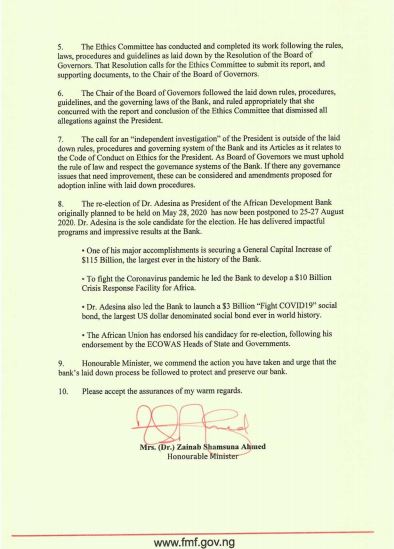 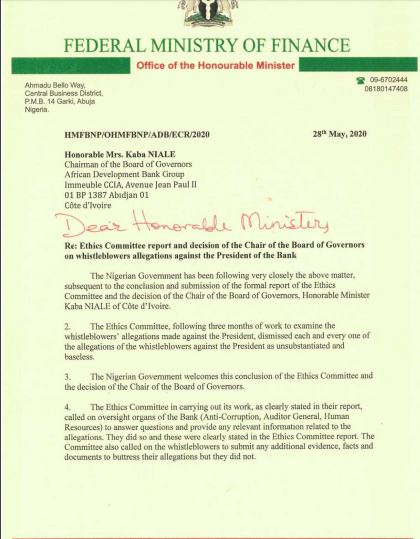