by Bayo Millz
in News, Niger Delta
Reading Time: 3 mins read
A A
0 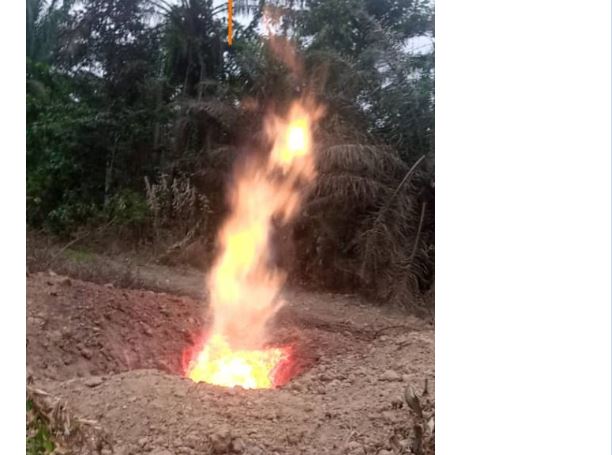 Barely one week after it was attacked by vandals on March 29, the 24-inch Ogboinbiri/OB-OB gas pipeline has been vandalised and set ablaze.

The vandalised point, located within Okaka and Azikoro in Yenagoa Local Government Area, was engulfed by fire on Wednesday.

The spills response agency had on March 30 said that its investigations revealed a rising spate of sabotage-induced oil and gas leaks at oilfields in Bayelsa.

Musa had raised the alarm that three sabotage incidents had occurred on oil and gas facilities in Bayelsa within one week and advised operators to reinforce surveillance.

The NOSDRA boss explained that shortly after fixing the gas pipeline a few days ago, vandals blew it up and it went up in flames.

“The Nigerian Agip Oil Company is working actively to depressurize the pipeline in order to affect repairs on it,” Musa said.

Officials of NAOC declined to comment on the incident and negligence of the regulator’s advice to intensify surveillance on the asset when contacted for response.

The fire at the site, which had forced surrounding vegetation to wither, is yet to be put out as at Thursday morning.

A Troubling History of Consensus Politics - By Azu Ishiekwene