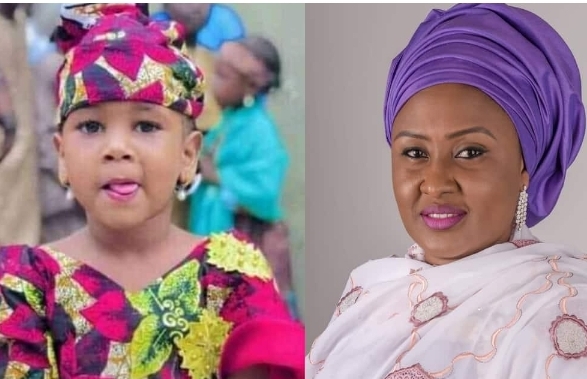 …justice would be served – Ganduje

Mrs Aisha Buhari has visited Kano State and on Wednesday condoled with the State Government over the murder of Hanifa.

TheNewsGuru.com (TNG) reports Hanifa is the school girl that was murdered by her teacher, who has been arrested and standing trial over the murder.

Aisha Buhari said punishment should be served to satisfy all the mothers and to restore confidence that children are safe in schools.

She informed Gov. Abdullahi Ganduje that she was in the state for a private visit but decided to commiserate with him on the death of Hanifa.

“I am here to condole with the government, the Emir of Kano, Hanifa’s family and the entire people of the state.

“As a mother, I hope justice will be served on the matter so that mothers will be satisfied.

“My grandchildren are already in nursery and primary schools. They trusted their teachers and we too.

“In a situation where our children are not safe in their schools, that means the society has become something else.

“Punishment should be served to satisfy all the mothers,” she said.

The First Lady also condoled with commiserated with the family of the late Shiekh Ahmad Muhammad-Bamba.

She prayed to the Almighty Allah to forgive his sins and grant him Al-Jannah Firdausi.

In his response, Ganduje, expressed delight and thanked the president’s wife for the visit.

He said that the late Hanifa was kidnapped by her own custodian and eventually killed.

“This is unfortunate, and I assure you and the nation that we are concerned, justice will be done. She was our daughter,” Ganduje.

He said that the government was taking some measures pertaining to the property where the incident took place.

Ganduje added that the government would take care of Hanifa’s parents to reduce their pain.