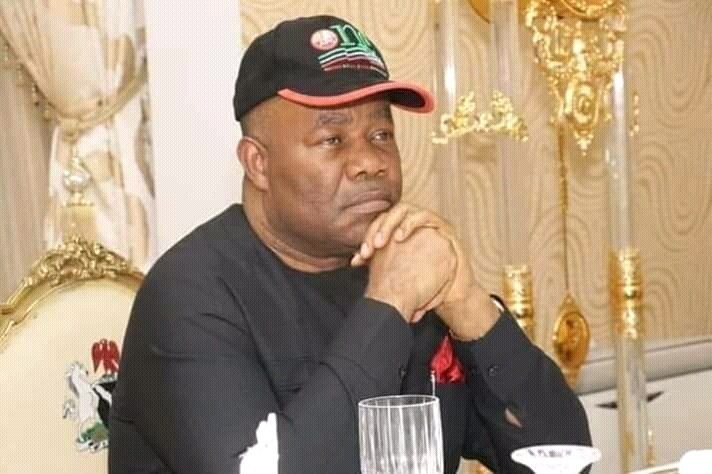 The Minister, Niger Delta Affairs, Senator Godswill Akpabio’s genuine effort at sustaining peace in the Niger Delta region has been commended and described as legendary.

In a press statement made available to newsmen in Abuja, National Development Group for Peace, with headquarters in Port Harcourt, the Rivers State capital, stated that, “rather than vilify Akpabio for making the trip through the creeks, he should be commended and encouraged to do more for the peace of the region”.

The statement which was signed by Comrades Oluwagbemiga Akinmade and Peter Koko, President and Secretary respectively, noted ” let us place on record the uncommon effort of the Minister of the Niger Delta, towards sustaining peace in the oil producing region of the country. This effort must be encouraged and commended by every lover of peace and development.”

2023: Why we didn’t publish Lawan, Akpabio’s names as candidate – INEC

“The visit of the Minister to the hinterland of the Niger Delta, because, despite obvious dangers such trip posed, Akpabio braced the odds in order to achieve peace for the nation. Rather than vilify the Minister, we think the nation should rise to salute this rare courage.

” Let us state here without any fear of contradiction, that if not for the courage Akpabio had, to visit the region through the creeks, in order to achieve one purpose; Peace in the zone, no one knows what would have become of the zone today, particularly, when the 7 day ultimatum given the Federal Government and his Ministry to put in place a substantive board for the Niger Delta Development Commission(NDDC) remained only three days.

” It is on record that after Akpabio’s visit and meeting with the critical stakeholders in the region and the assurance he gave them at the parley, the Niger Delta region has continued to enjoy peace, which is a major ingredient for development.”

“However, we call on President Mohammadu Buhari, through his Minister of Niger Delta, to keep to his promise of reconstituting the NDDC board on or before July 2021, as promised during the meeting ,in order to sustain peace in the area”, the statement concluded.