...says if we arrest him now, you pressmen will say is media trial 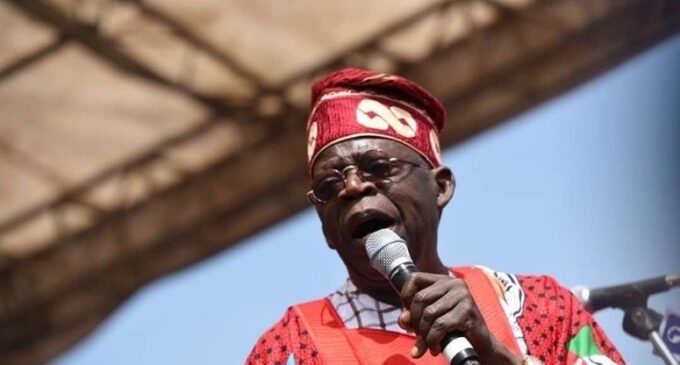 Chairman of the Economic and Financial Crimes Commission (EFCC), Abdulrasheed Bawa, has said former Lagos Governor , Bola Tinubu is still a free man because investigations have not been concluded on the allegations against him.

He hinted that investigations have to be concluded to determine if Tinubu will be arrested.

“You asked me a question earlier about arresting people before investigation and now you are saying why didn’t we arrest Tinubu? Why didn’t you just say ‘arrest him’?” Bawa said in an exclusive interview with ThisDay on Sunday.

As a Christian, Muslim-Muslim ticket is unacceptable – Bishop Kukah

“Investigation is ongoing. When you are investigating matters like this, they don’t end in a day. Thousands of investigations are going on, on a daily basis.

“You understand? You know you are from the media. After you will say we are doing media trial.”

Bawa was reported to have have requested for Tinubu’s assets declaration form when he was the head of Lagos Zonal Office, and has already dusted the former governor’s file when he became head of the commission.